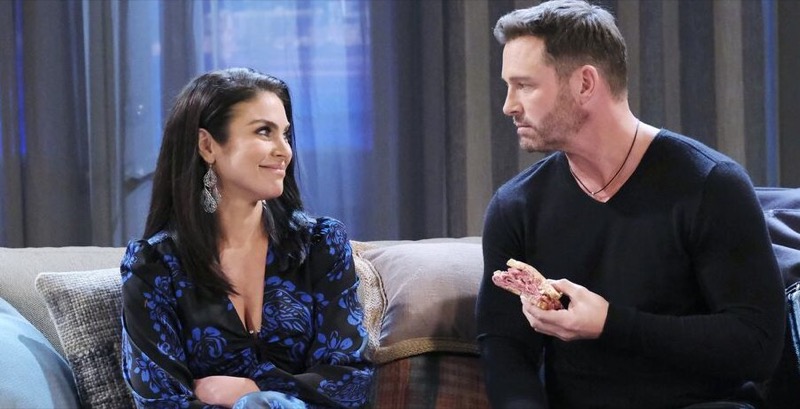 Days of Our Lives (DOOL) spoilers and updates tease that Brady Black (Eric Martsolf) and Chloe Lane (Nadia Bjorlin) will finally take it to the next level in an upcoming episode of Days of Our Lives!

Days Of Our Lives Spoilers – Kristen Shmisten, Philip Shmilip, We’re Moving On With Our Lives!

Days of Our Lives viewers will remember that Brady and Chloe talked about their ex-loves, Kristen DiMera (Stacy Haiduk) and Philip Kiriakis (Jay Kenneth Johnson) in a recent episode of Days of Our Lives. Brady noted whether Kristen was on the run or where she was or who she might be with is none of his concern as long as their daughter Rachel Black (Finley Rose Slater) is safe. Chloe said that while she hoped Philip was still alive, which Days of Our Lives viewers know he is – somewhere – she was over him romantically and ready to move forward. Brady and Chloe decide it’s time to become intimate again, as there is nothing stopping them now and they may even consider moving in together, but for now, a romantic evening will be starters! More than likely they’ll book a suite overnight at the Salem Inn.

Longtime Days of Our Lives viewers will recall that Brady and Chloe go back a lot of years, and so did Philip and Brady’s rivalry over her. Philip and Chloe were in high school together when Chloe, ostracized and teased by many because of her penchant for black clothing and plain looks at the time was nicknamed “Ghoul Girl”. She actually started dating Philip years ago as the result of a bet with Shawn Brady (Brandon Beemer) in which Philip lost, turning into a lovely princess at a school dance. They had dated for quite a while but never married when Brady came home from college and they bonded; they married in 2005 but divorced in 2008 when Brady returned to his drugs and drinking habit. That is why Philip tried to frame Brady for his “death” by injecting hard liquor into him until he passed out and figured it would be believed; of course, he later confessed everything to his mother, Kate DiMera (Lauren Koslow) who helped him fake his death this time! 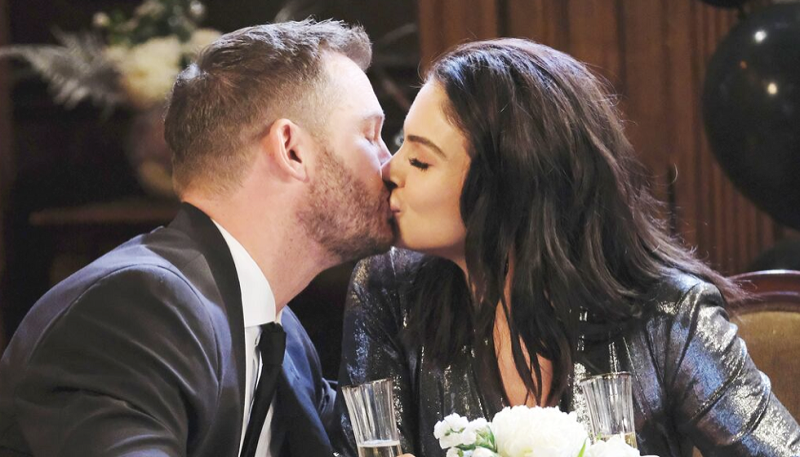 Before they embark on their romantic evening Days of Our Lives viewers can expect Brady and Chloe might discuss where to eat, and where to stay afterward although the Salem Inn would be a perfectly fine place. They just wonder if going out of town might be a better idea – like a mini-vacation and going somewhere where no one would know them.

After all, Salem’s a pretty small town, and many people would start talking, although the talk certainly wouldn’t be negative; however, it might be nosy and certainly speculative at the very least! Days of Our Lives viewers can expect that they’ll start out with a romantic dinner at a romantic restaurant to start off their romantic evening, and they’ll plan that out along with a place to spend the night. They’ll figure it out before the last minute!