General Hospital (GH) Spoilers: Sonny Reaches Out To Carly, Trying To Make UP 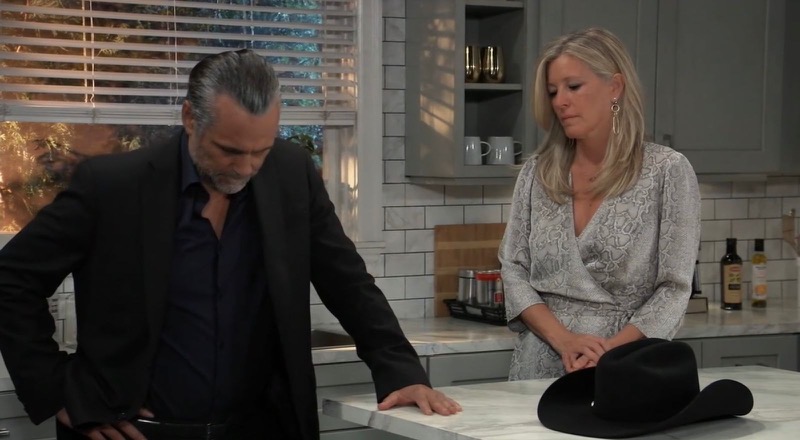 General Hospital viewers know that three deaths in the family so close together have got to be devastating to both Carly and Sonny, with Jason Morgan (Steve Burton) being the first! Longtime General Hospital viewers know that Sonny and Carly have always considered Jason a part of their family, and the news of his death on Cassadine Island came right before the death of baby Liam Mike Corbin (uncast infant). It hasn’t even been two weeks and now Sonny’s old friend and uncle-in-law Luke Spencer (Anthony Geary) has been killed in a very suspicious death riding on a cable car in Austria which crashed. Carly, devastated over Jason and that Sonny lied to her by omission of some very important facts, now has to deal with additional grief and support her devastated mother Bobbie Spencer (Jacklyn Zeman)!

General Hospital viewers can imagine that Sonny, as well, is devastated over the death of his old friend Luke – he knew Luke before he knew Carly; Sonny came to Port Charles taking over Frank Smith’s (George Gaines) territory! Longtime General Hospital viewers will remember that it was Frank Smith that Luke and Laura Collins (Genie Francis) were running from when they fled to Canada and were on the run for several years. Carly came to Port Charles much later, and Sonny didn’t get to know her or get interested in her until, after his first wife died and his relationship with Brenda Barrett (Vanessa Marcil) blew up. Even though their shared grief over the death of Jason and the death of baby Liam didn’t bind Sonny and Carly together enough to keep them together, Sonny reaches out to Carly in the wake of Luke’s death. 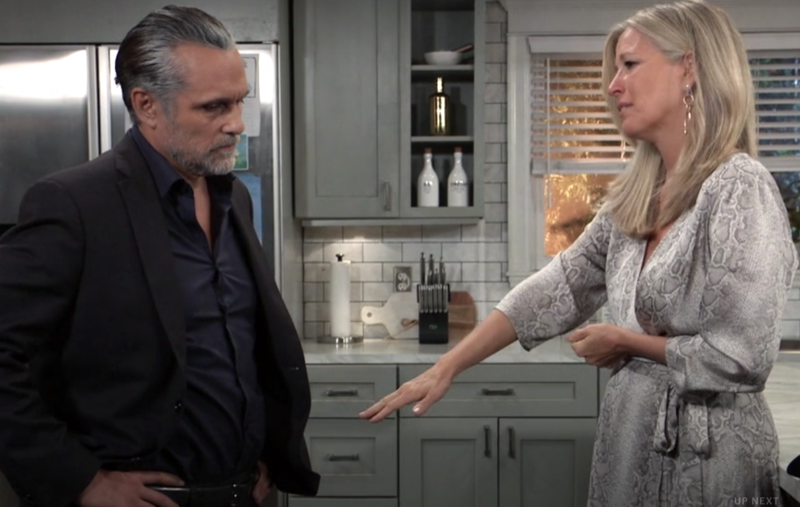 General Hospital spoilers tease that Luke’s memorial service will take place on the Haunted Star, where Tracy Quartermaine (Jane Elliot) will scatter Luke’s ashes in the ocean. Sonny will try to get Carly to reconnect before this, but General Hospital viewers know that her wound over Sonny not telling her that he and Nina Reeves (Cynthia Watros) fell in love in Nixon Falls is pretty deep. There is a possibility she won’t take his calls or agree to talk until Luke’s memorial – Carly will most certainly be there since she’s Luke’s niece, and Luke’s close friends will be on board as well – including Sonny! Tracy would take what Luke’s wishes would have been into account, and there was already a discussion with Ned Quartermaine (Wally Kurth) and the Quartermaine family that Luke would want all his friends there to toast him and “tie one on”.

General Hospital viewers will recall how Tracy blamed herself for Luke’s death, not telling him she’d wished he hadn’t gone to Austria chasing yet another scam, and regretting how she’d blown up at him before he left. She told Laura how she’d said some horrible, horrible things to Luke before he left and now cannot forgive herself because she cannot take them back, even though as she said he’d had the last word!

General Hospital viewers may see Tracy talk about this during Luke’s memorial, and if anything good at all comes out of this tragedy, Carly may realize Sonny won’t be around forever and take him back! Both Carly and Sonny may realize the importance of preserving love and preserving relationships and friendships because of Tracy’s sad tale about her and Luke!