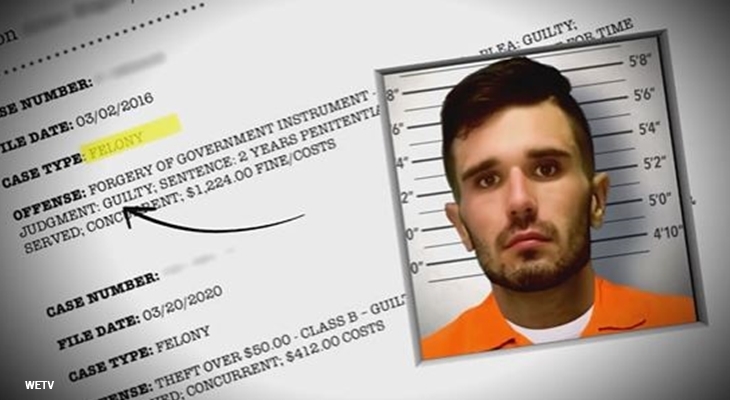 Love After Lockup already has a spinoff named Life After Lockup. In December this year, WETV announced that a new show comes and it’s called Love During Lockup. Fans can’t seem to get enough of folks who fall in love with people who served time behind bars. So, this show will probably attract as many viewers as the others. Now, a short trailer dropped for the new spinoff and a premiere date was announced.

WETV brings much more than just Mama June and her family. Actually, fans are familiar with shows like Waka and Tammy, Life Goes On, Marriage Boot Camp, Growing Up Hip Hop, Braxton Family Values, and more. Well, popular as always, the announcement of a new spinoff got some very favorable reactions on Instagram. The trailer and the premiere date came on December 3. The show premieres on January 7, 2021.

Love After Lockup fans heard from The Futon Critic, about the synopsis for the new spinoff. Love During Lockup involves slightly more detail about life behind bars than the original series. The synopsis reads, “[it] follows even more riveting firsts through the early stages of love, with plenty of romance, suspicion, and investigation, all long before a scheduled prison release.” Of course, it also brings lonely non-prisoners looking for someone special.

The outlet also expanded on the basic storylines. They noted that “Every non-con has a unique strategy for finding love behind bars – whether they only seek drug offenders who are believed to be nonviolent, or a prison bae pushing a wrongful conviction.” Additionally, “Other lonely civilians are simply on the hunt for their very own ‘hot felon,’ with the model mugshot to prove it.”

The Love After Lockup spinoff promises viewers of the franchise “more drama, more mystery, scams, catfishing, and more crazy reveals than ever before.” So, fans will see that the show takes them back to when “ordinary people first decide to pursue relationships with prison inmates and an early dating period filled with a very specific set of unique challenges.”

The Love After Lockup spinoff, During Lockup seems to prove that nobody can get enough of these shows. In the comments, one fan wrote, “Finally some new people.” Then another fan penned, “Oh boy this [gonna] be interesting 😂😂.” More comments followed that showed fans approved of the spinoff already. This comment came in: “Jeez I’m not hooked enough on these series already 😕😒😳 Yall had to go and add another one… Dear lord baby Jesus 🙌🙌🙌 pray for me!!!”

Be sure to catch up on everything happening with WETVright now. Come back here often for more Love After Lockup spoilers, news, and updates.

Jamison Jones Wraps Up Stint on The Young and the Restless