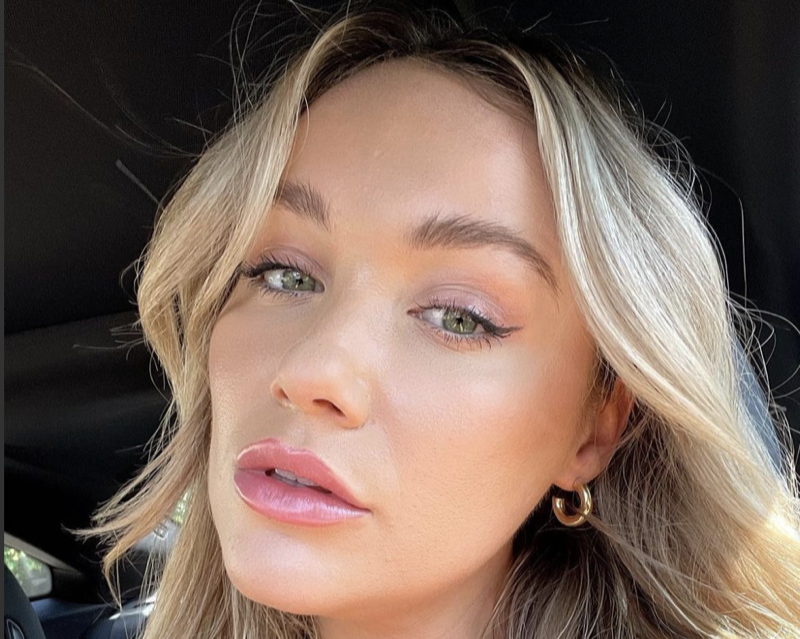 The Bold and the Beautiful spoilers and updates tease about Katrina Bowden’s status on the daytime drama. The actress responded to her fans’ questions about her status on the soap through Instagram.

Fans miss watching Bowden play the role of Flo Fulton on the show. Some of her fans reached out to her through the comment section of a recent post she made on Instagram.

The actress recently posted a selfie where she can be seen wearing some new glasses. She captioned her post, “And now I present you with the series no one asked for: Katrina sitting in chairs. Enjoy.”

One of her followers asked if she can confirm or deny rumors that she’s been fired from The Bold and the Beautiful. The user with the handle @silviafaraone.22 explained that speculations that she’s been let go from the show started because the actress’ name was no longer in the credits. The user pleaded if Bowden can tell them how things really are because they miss watching her on-screen.

Bowden responded to @silviafaraone.22 and wrote, “I don’t know exactly when I’ll be back on. Was shooting other projects, but hopefully soon❤️ miss all of my bb fam!”

As expected, @silviafaraone.22 was delighted to get a direct response from the actress. Fans hope that she’ll soon return to the soap along with Darin Brooks, who plays Wyatt Spencer.

Fans may recall that Bowden joined the cast of The Bold and the Beautiful back in the winter of 2019. She was introduced as part of the Baby Beth kidnapping storyline.

The Bold and the Beautiful Spoilers: Brooke Goes Against Ridge’s Decision

Fans may have not seen Bowden as Flo in the soap but there’s no shortage of drama when it comes to The Bold and the Beautiful.

Brooke Forrester (Katherine Kelly Lang) will stand firmly against Ridge Forrester (Thorsten Kaye). She won’t let Hope Spencer (Annika Noelle), Liam Spencer (Scott Clifton) and the kids be forced out of their home. She’ll warn Ridge to give up and accept that Hope has decided to let Deacon Sharpe (Sean Kanan) be part of her life.

Ridge believes that Deacon will be a threat to their marriage and his ongoing argument with Brooke is proof of that. However, the latter thinks that Ridge is making decisions that he’s not supposed to be making. Their current situation, if not resolved, may negatively affect their future.

The Bold And The Beautiful (B&B) Spoilers: Hope And Steffy Should Be Careful…

The Bold And The Beautiful (B&B) Spoilers: Paris Is Not Quinn – Time To Brush…

The Bold And The Beautiful (B&B) Spoilers: Carter Has More Trouble –…

The Bold And The Beautiful (GH) Spoilers: Carter Cannot Get His Romantic Life…