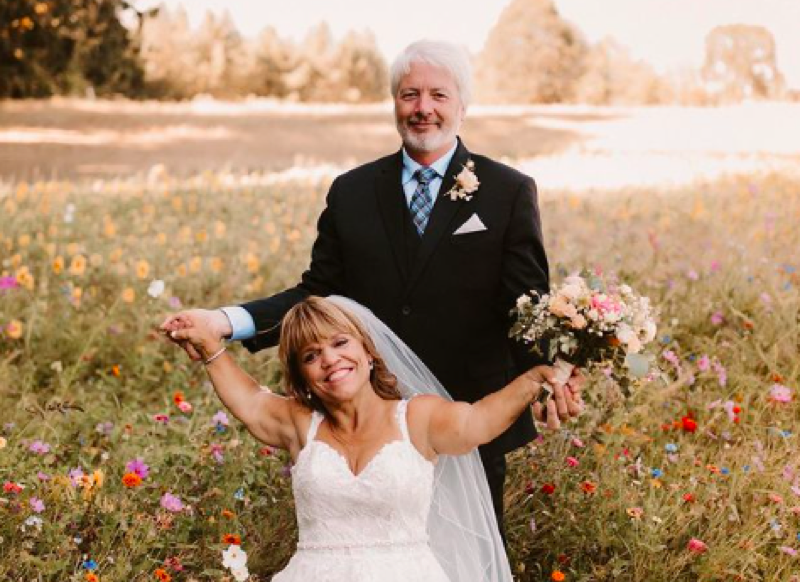 Little People, Big World fans waited through the last season of the TLC show, for Amy Roloff and Chris Market to tie the knot. While they saw all the preparations, they never saw the actual wedding. Well, that was until recently when TLC aired their wedding special on November 9.

In the show, Matt and Chris got together and Chris looked a bit embarrassed. Amy left it to him to tell Matt that he and Caryn wouldn’t be welcome at the wedding. Apparently, she worried that their presence might embarrass some of the guests. Anyway, he was not at all worried. So, he told Chris to “take it off the table.” However, he did joke that he’d be around for their honeymoon. Probably he joked as they didn’t leave Oregon for it until now.

Little People, Big World fans enjoyed watching the wedding special as they saw the kids and the guests celebrate their special day. Jackson Roloff stole the hearts of fans as the ring bearer. Meanwhile, his cousin Ember was the flower girl. Now, Amy and Chris finally took their long-anticipated honeymoon in Maui, Hawaii.

On Saturday, November 13, Amy took to her Instagram and shared an idyllic scene in Hawaii. Her caption said, “Having a good time in lovely Maui Hawaii for our getaway. The bluest of waters, snorkeling, dolphins, drinks, seafood, sandy beaches… I could go on. The best part? We get to share this adventure … and many more… together. I love you Chris ♥️.” 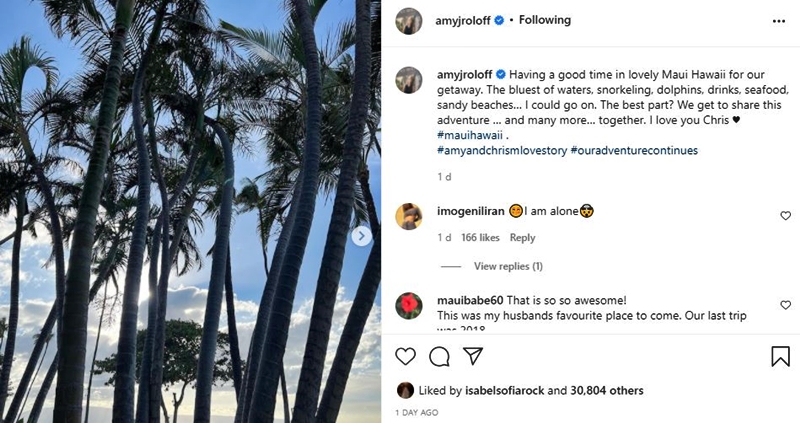 Little People, Big World fans quickly took to the comments of the post. Here’s what some of them said:

I just finished watching the Wedding. It was beautiful and emotional, and funny in certain parts. Glad ya’ll are where it’s warm.”

Take a Trilogy catamaran cruise! It’s the best on the island. You will be very happy you did!

You’re staying west side it looks. We live here upcountry. We love you guys so much.

Omg! Enjoy your get away. Maui is so beautiful. Waikiki beach ⛱ 😎 is my favorite of them all. Enjoy your time away together, safe travels. Watching your last show actually made me tear 😢 up. I’m so very happy for you both. ❤”

Will TLC Feature Chris And Amy In A Spinoff?

Little People, Big World fans heard some rumors that the couple might feature in their own spinoff on TLC. However, that has not been confirmed by the network. Additionally, fans hope for a Zach and Tor spinoff. However, no official announcements came about either couple. Meanwhile, right now, filming for any show is probably the furthest thing from Amy’s thoughts as she enjoys her honeymoon.

Be sure to catch up on everything happening with GH right now. Come back here often for more Little People, Big World spoilers, news, and updates.