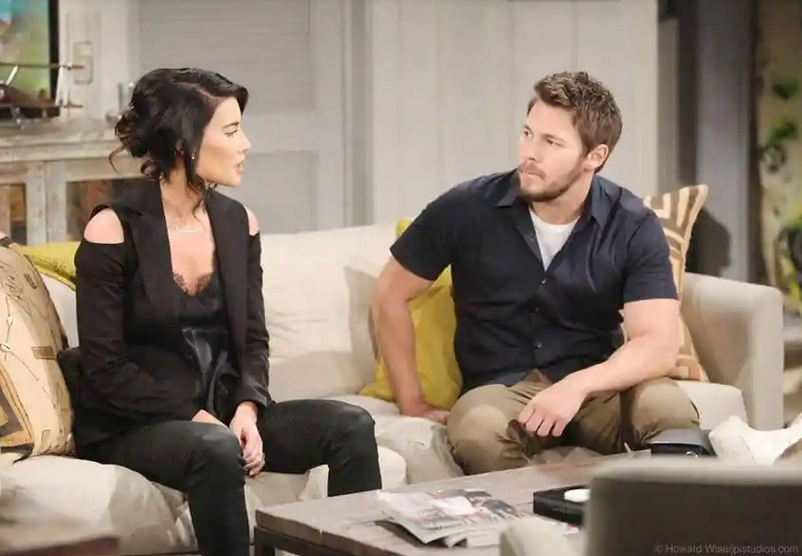 The Bold and the Beautiful (B&B) spoilers and updates tease that Steffy Forrester (Jacqueline MacInnes Wood) and Liam Spencer (Scott Clifton) spend time together. Even though it is innocent and it’s a family moment with their daughter, Sheila Carter (Kimberlin Brown) could use this to her advantage. Sheila could convince John “Finn” Finnegan (Tanner Novlan) that Steffy’s cheating again.

The Bold And The Beautiful Spoilers – ‘Steam’ Family Time

B&B spoilers reveal that Liam and Steffy will spend some family time together with their daughter, Kelly Spencer (Colette and Avalon Gray). With Steffy shoving Sheila, the villain plans on getting rid of her daughter-in-law. Steffy and Liam’s family time might be completely innocent. After all, they do need to co-parent Kelly together despite both being married to other people.

The Bold And The Beautiful Updates – Sheila Carter Spies

During the week of October 11, Sheila will get access to information about Steffy. This particular piece of information will cause problems for Steffy. So, it must create some more drama between Steffy and Finn. Despite Steffy and Liam’s visit being all about their daughter and being innocent, Sheila could make it seem like something more happened.

The Bold and the Beautiful spoilers reveal that Sheila considers Steffy a major obstacle. Steffy is the person that is keeping Sheila from bonding with Finn and Hayes Forrester Finnegan. Even though Finn will fight for his family, he continues to be divided about his birth mother.

The villain will use anything and everything to create doubt in Finn’s mind about his marriage. If Sheila knows that Steffy cheated on Finn once before, she could make it seem likely that Steffy’s doing it again. 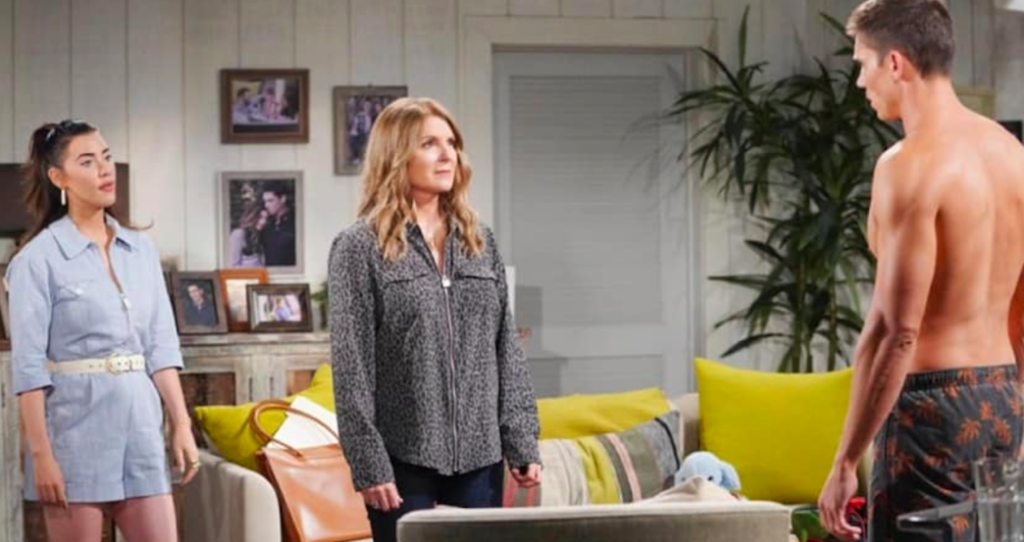 The Bold and the Beautiful Spoilers – Dividing ‘SINN’

In fact, Finn keeps another secret from Steffy. This could be Finn secretly visiting Sheila. The day that Finn escorted Sheila out of the house, something interesting was mentioned. Finn told his mother that he would see her later. He didn’t say he would call or text or even email. Finn specifically said he would see her later – as in visiting the villain in person.

If Finn secretly spends more time with Sheila, it will certainly divide “SINN.” Steffy is not going to allow Sheila anywhere near Hayes. As much as Steffy loves Finn, if she thinks there is any chance that he’s being manipulated, she could end the relationship. Steffy will do anything to protect her son – even if it breaks her own heart. If this happens, will there be any possibility of Steffy and Finn getting back what they had? Or could Sheila rip them apart forever? We will have to keep watching the CBS soap to find out what happens with this storyline.