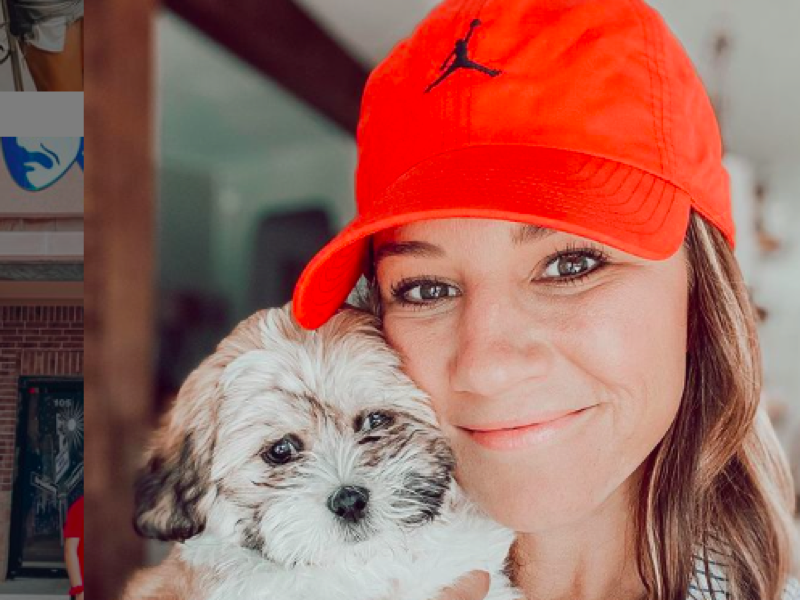 OutDaughtered spoilers and updates tease that fans know that Danielle Busby took time to accept the little Frenchie, Beaux into the family. In the TLC show, fans saw that she really hated that Adam brought in the dog as she already had so many little kids to look after. However these days, he stole her heart and she adores him. But, is she thinking of getting a kangaroo, as in a real one?

This weekend, Danielle took the quints shopping and they spent their allowances. Little Hazel spent her money on a soft toy, and her mom thought it reflected her spiritual animal very well. The cute little redhead chose a sloth. Danielle told her fans in her hashtags that Hale is laid back, relaxed, and not in a big rush. Clearly, she adores animals and will spoil her stuffed fur baby.

The OutDaughtered family also brought in a new fur baby this summer. Actually, it certainly seems like the whole family bought into the idea of animals in their home. The new pup is a half Shih Tzu and half Bichon Frise named Gus the Teddy Bear. Actually, Danielle and her oldest daughter Blayke spotted it first, and they both fell in love with it. However, would they really consider a kangaroo?

Danielle Busby took to her Instagram on September 4 and posted up a photo of herself with a baby Kangaroo in a pouch. In her caption, she told her TLC fans, “I want one!!! 🦘, as long as it stays in a pouch 🤗 ❤️ #birthdayparty.” Well, some fans think that she seriously considers getting one for herself. One fan said, “Oh dang, they really meant a REAL kangaroo 🦘 😂.” 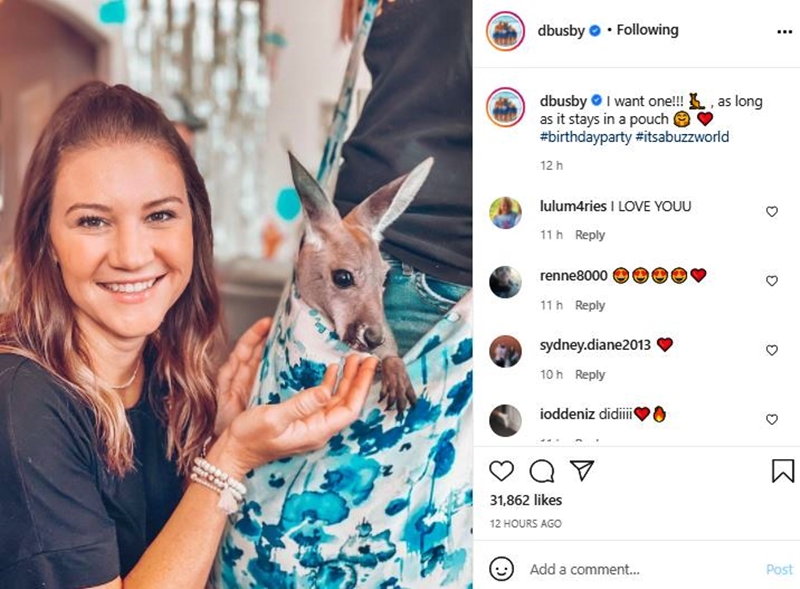 Another OutDaughtered fan talked about how wild animals don’t belong in captivity. Possibly, they really believed she considers a kangaroo as in reply to the person who mentioned the real kangaroo, Danielle, said, “hahahaha well yea 😂.” Meanwhile, other fans thought it might not be a real kangaroo. However, it looked like she’s not serious because of her hashtags.

The hashtags noted that they probably went to a birthday party. Sometimes, organizations arrange for animals in their care to meet kids as part of educational awareness. Plus, most fans agreed that wishing for one and taking on one are two different things. So. they agree that Danielle probably isn’t seriously considering it.

What did you think about fans suspecting that she was serious about getting a kangaroo? Sound off your thoughts in the comments below.

Remember to check back with us often for more news and updates about the cast of OutDaughtered on TLC.