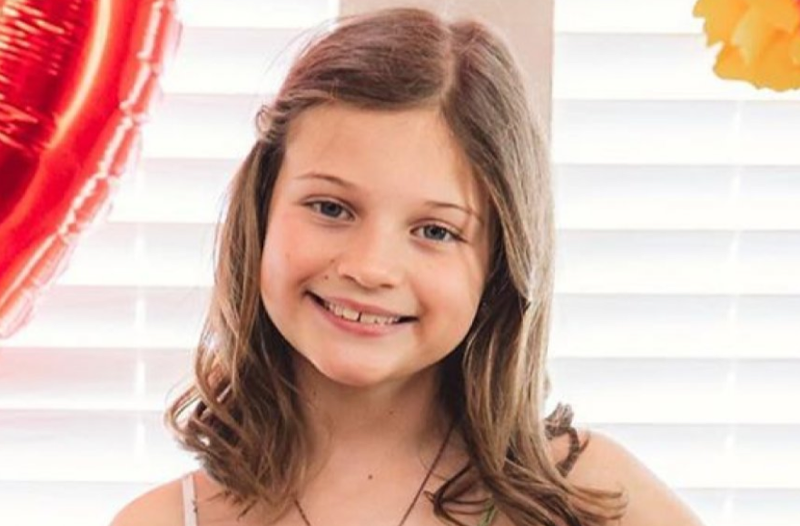 OutDaughtered spoilers and updates show that Blayke Busby’s interest in dancing continues. Recall, in spring, she and some of her little sisters attended ballet classes. Now she attended a dance camp, and learned how to do aerial silk dancing! Most of the Busby family went off and watched her perform in the studio.

When the summer break came along, Blayke Busby was there for it. Now ten years old, she tends to hang out with her cousins and friends more often than with the quints. In between vacation trips, she attended three camps so far. One of them took her away overnight and she arrived home exhausted. Then the Busby family visited relatives in Lake Charles. Blayke and Hazel stayed a few extra nights with their Nana. However, they returned in time to celebrate the 4th of July.

Other OutDaughtered spoilers explained why the family only took three quints to watch Blayke Busby do her new aerial silk dance. After the 4th of July, Blayke went to dancing camp. Meanwhile, Ava and Riley went off to spend some time with their Nana. In her Instagram stories on Friday, July 9, Danielle said that her eldest daughter spent the whole week learning how to do aerial silk dance at the studio.

In her stories, Danielle said that after a week of classes, the family finally got to watch the performance. When they arrived, the quints met up with other family and friends. Then, the family went inside. Next, a slide revealed that Blayke looked really into it. Actually, she certainly looked very good. Not to mention that she also looks really fit. The silk dance helps to build upper-body and core strength. Plus, it’s really good for flexibility

Danielle also shared a photo on her main Instagram and said that for Blayke, “It was a dream come true.” More OutDaughtered spoilers revealed that Blayke Busby and the quints later went to Jumping World. There, they enjoyed experiencing what it’s “like to be in a hurricane.” Danielle explained that they experience rainy weather in Houston at the moment. So, indoor activities seem like a very good idea.

Fan React To The Photos

The OutDaughtered spoilers about Blayke certainly got some great reactions from TLC fans. One of them said, “This is so cool! I wish they had a class like this in Virginia for kids!” Then another fan noted, “She’s so beautiful and graceful ❤️.” Fans couldn’t get over how strong and beautiful Blayke looked. One of them said, “Wow. Amazing! She’s good!”

Remember to check back with us often for more OutDaughtered spoilers about the Busby family on TLC.