The Bold and the Beautiful (B&B) spoilers and updates tease that Carter Walton (Lawrence Saint-Victor) is back with his former fiancee. However, Zoe Buckingham (Kiara Barnes) can’t stop obsessing over Shauna Fulton (Denise Richards). Carter eventually gets fed up and acts fast to stop Zoe’s constantly asking about the fling. His extreme scheme will work, but only temporarily.

The Bold And The Beautiful Spoilers – Zoe Buckingham’s Rekindled Romance

B&B spoilers reveal that Zoe was horrified and heartbroken to find out that Carter was already in bed with another woman. Even though they were broken up, she still used a guilt trip on Carter. She was desperate to find out who he was sleeping with and Quinn Forrester (Rena Sofer) was nearly busted. However, Shauna stepped in to take responsibility to protect her best friend.

Zoe couldn’t just walk away, though. She had to keep talking about it, which was stressing Carter out. He managed to get her to stop bringing it up by blurting out that he wanted to give romance another chance. Zoe was grateful and thrilled to have her man back, but her mind will continue to go back to the one-night stand.

The Bold And The Beautiful Updates – Obsession With Shauna Fulton

Even though Carter just wants to move forward, Zoe can’t stop thinking about Shauna. She has a lot that she wants to say but also has many questions. She will become obsessed with Shauna’s fling, which only makes Carter’s guilt even worse. He will become desperate to get Zoe to focus on something else. 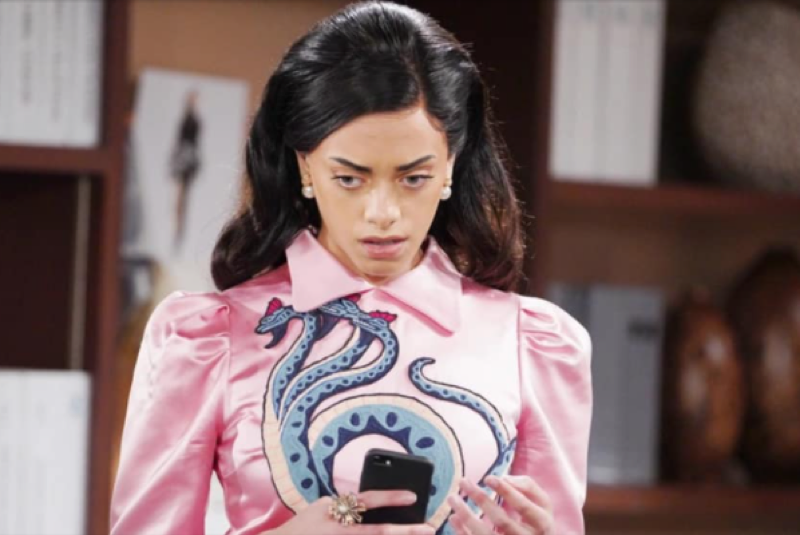 The Bold And The Beautiful Spoilers – Carter Walton’s Frustration

The Bold and the Beautiful spoilers reveal that Carter is not a devious person. His nature is not calculating and he certainly isn’t a liar or schemer. So, it’s interesting that Quinn and Shauna have put him in this place. He is probably more concerned about Eric Forrester (John McCook) finding out the truth. The problem is that if Zoe learns about “Quarter,” then so will everyone else.

The Bold And The Beautiful Updates – Second Proposal

Carter will take action to get Zoe to stop fixating on Shauna. Just as he blurted out he wanted to give Zoe another chance, he will once again compromise his morals just to get some peace. Carter suddenly proposes to Zoe. This will be their second engagement, but this is different as it’s not based on love. The only reason Carter puts a ring on Zoe’s finger again is to get her to stop talking about his one-night stand with Shauna.

While it might shut down Zoe’s obsession, it is only temporary. Once the excitement wears off, Zoe will be right back to want answers. What will Carter do when that happens? Wouldn’t it just be easier, to tell the truth, and accept the consequences?