The Bold And The Beautiful (B&B) Spoilers: Bill Fails His Son – Cover Up Dooms Liam 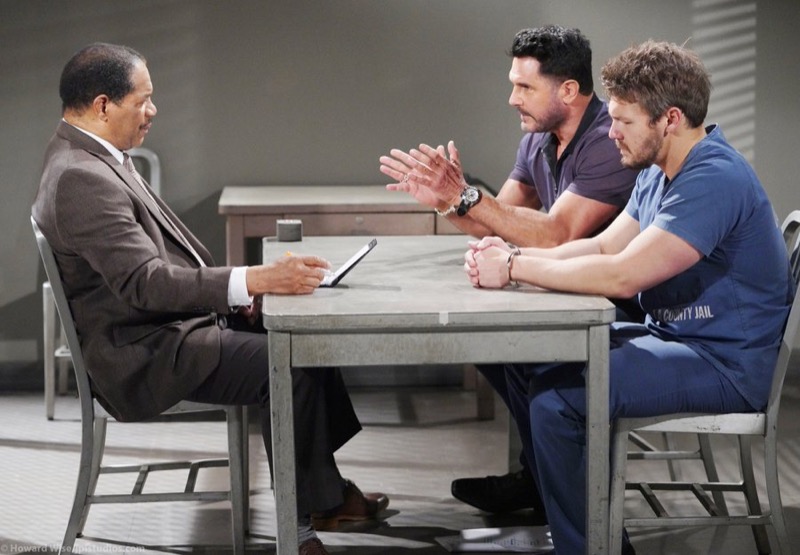 The Bold and the Beautiful (B&B) spoilers and updates tease that there was no crime committed, which is why Bill Spencer’s (Don Diamont) cover-up plan was so incredibly foolish. Liam Spencer (Scott Clifton) is facing years in prison, even though he never intended to kill Vincent Walker (Joe LoCicero) and has been wanting to report the event since the tragic night it happened.

The Bold And The Beautiful Spoilers – Three Squares A Day, Liam Spencer

Liam’s dietary desires might not be met in the cell where he’s being held. While he has the right to three square meals a day, the choice of grub probably won’t exactly fit his ideological preference.

For all Liam’s pronouncements about his version of what’s right and wrong on this rock called earth, he’s surely failed to live honestly within the last year. Liam broke the vows he took to Hope Spencer (Annika Noelle) and he refused to report Vinny’s death. Yes, Liam’s moral ground is hardly high.

The fated outlook that Clifton’s character has been projecting, following the night of the accident, reflects a late recognition of life as it actually is. Liam has long been held captive by his idyllic belief of how everyone should live. Now he’s living the consequences of his actions, which will hopefully teach him to permanently deeply adjust his overly demanding thoughts. 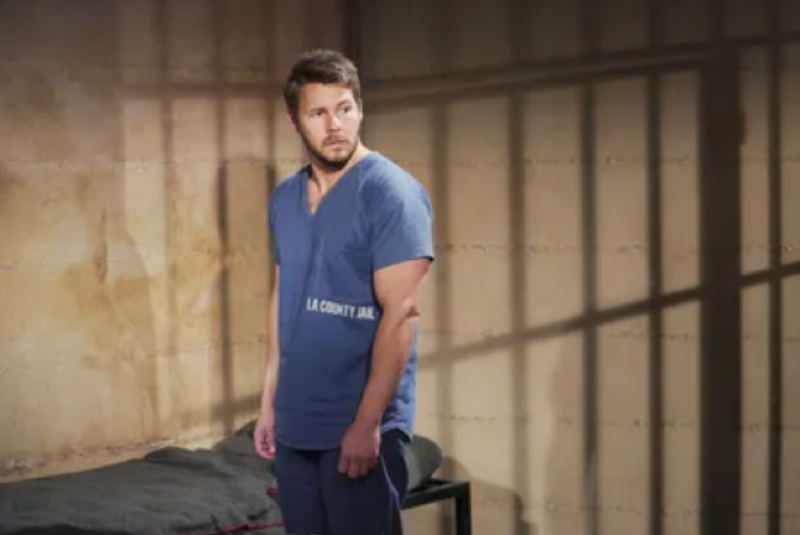 Bill Spencer And His Son Are Similar

Hardcore B&B fans understand the comparison. Those who don’t know both men that well may not see the apt similarity.

Bill and Liam are the same when it comes to what they think is best. Each man is stubborn, rather than considering alternative realities or the possibility that being wrong exists.

Diamont’s character failed his unconscious son on Mulholland Drive. That happened the moment he decided to turn the unfortunate happenstance that ended Vinny’s life into a series of evolving crimes. Bill made Liam become his accomplice, when both men were merely participants in an unintended car accident.

The Bold And The Beautiful Updates – Long Road Home This Summer?

This storyline can play through the summer if TPTB has chosen that road ahead. Liam’s circumstances are very precarious. Even if there is a coming reveal that proves another person or other people forced Vinny onto the road, Bill’s cover-up will remain a problem.

Liam is in jail because his father wanted to shield him from assumed injustice. That was the mistake and Liam is paying a price that’s only less than what one other person, Vinny, paid.