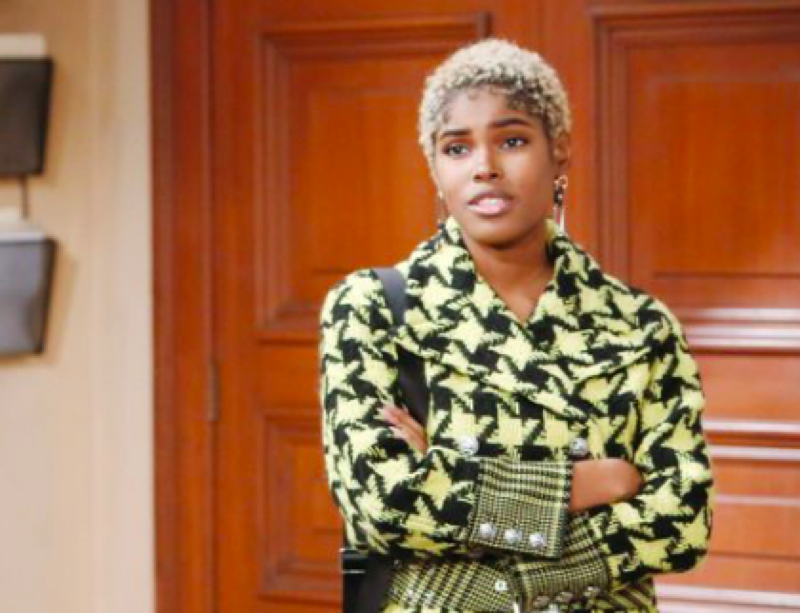 The Bold and the Beautiful (B&B) spoilers and updates tease that Paris Buckingham (Diamond White) cares about her sister. Paris has seen how much her sister Zoe Buckingham (Kiara Barnes) has been struggling. Zoe was in a relationship with Carter Walton (Lawrence Saint-Victor). They were engaged to be married. However, Zoe flirted with Zende Forrester Dominguez (Delon de Metz). Carter was upset that Zoe had flirted with Zende. He thought that Zoe wanted to be with him only.

Zoe tried to assure Carter that he was the one that she wanted to be with and to not end their engagement. Carter could not get past the betrayal. Zoe turned to Quinn Forrester (Rena Sofer) to help her to win Carter back. Quinn has been trying to get Carter to take Zoe back but something unexpected has happened. Quinn and Carter have ended up sleeping together. Quinn has been having trouble in her marriage to Eric Forrester (John McCook). Quinn had been finding it comforting to talk to Carter.

Paris has been concerned that Zoe has put her trust in Quinn to win Carter back. She does not want to see Zoe get hurt. Paris wants Zoe to be with the man that she loves because she is in a relationship with Zende. Zoe had not been completely happy that Paris and Zende have been together. However, Zoe has come to accept Paris with Zende. Paris and Zoe have been able to work out their differences. Paris does not want to see Zoe hurt if Carter does not take her back. 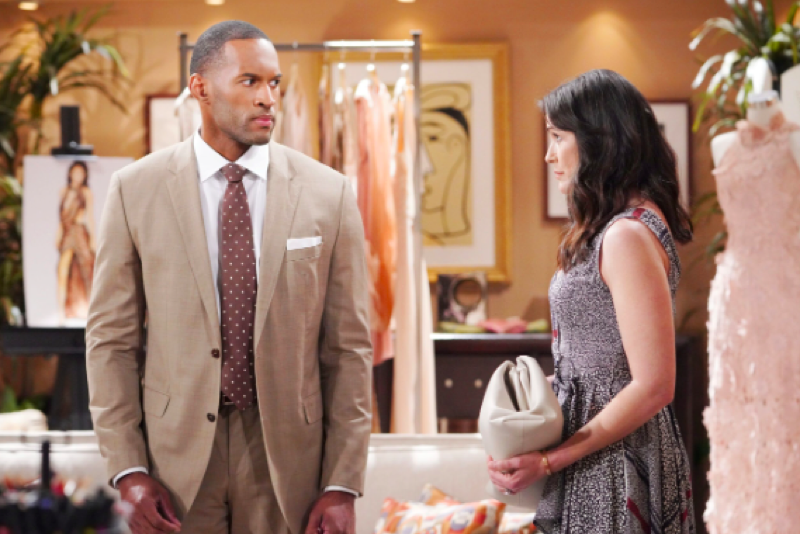 Paris Has Her Own Reason For Not Trusting Quinn

The Bold And The Beautiful (B&B) Spoilers: Baker Questions Ridge – Did He Kill Vinny?

Paris tied to have a good time on her date. Zende had put together their date with a French theme to honor Paris. The date had to be cut short because Paris felt bad. Paris felt mortified that she had had trouble with her digestion while on the date Zende. Zoe felt bad for causing trouble for Paris on her date with Zende. However, Quinn told her that it was just a harmless prank.

Bold and the Beautiful Paris will be upset to find out that Quinn has betrayed Zoe by sleeping with Carter. Paris knows that Carter is important to Zoe. She will not be able to forgive Quinn for taking the man that her sister loves away from her. What will Paris do when she finds out about Quinn and Carter? Paris may find out the reason that her date with Zende went badly. What will Paris do to Quinn when she finds out that she manipulated her sister to ruin her date? Tune into Bold and the Beautiful to find out what happens when Paris finds out the truth about Quinn.