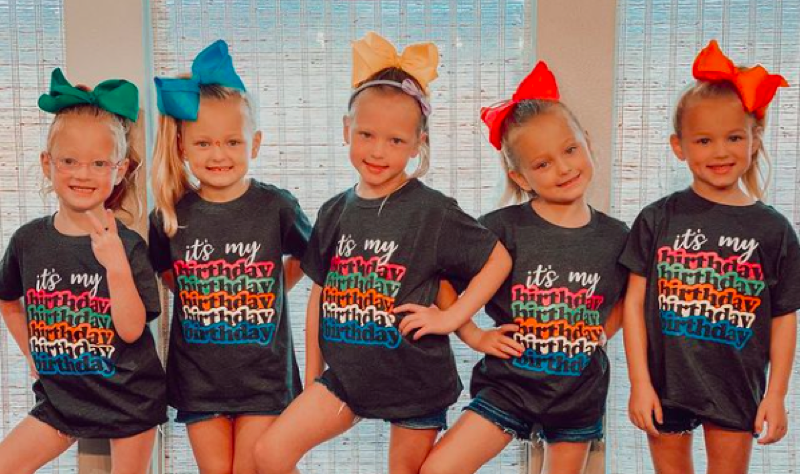 OutDaughtered spoilers and updates tease that this spoiler came in Season 8 which ended a short time ago. During the TLC show, fans saw that Riley moved into her own room. Those fans who missed it wondered why Riley’s the only quint with her own room. However, there’s a very good explanation for it. If you have not yet watched the show, then be aware that this article contains some spoilers about that. Now it’s been refurbished and done up properly, Riley looks like one very happy little girl.

OutDaughtered Spoilers – Why Did Riley Get Her Own Room?

TLC fans saw that Riley and her big sister Blayke chatted about her sleeping in her own room. After hoping for her own space, she then grew afraid to sleep by herself. So, Blayke asked her why. Well, it turned out that Riley saw something scary on the TV and it gave her nightmares. Blayke patiently talked about the difference between real and fiction. Additionally, she suggested that Riley leaves the bathroom light on at night.

After that, the quint seemed much happier. Hazel and Parker share a room, as do the twins, Ava and Oliva. OutDaughtered spoilers revealed that apart from Blayke, Riley also gets her own room as she kept waking up the other kids. A very early riser, they got cranky when she woke them. Ironically, she originally slept in later than any of the other Busby kids. So, whenever they woke her too early, she’d be cranky. Enough of cracky kids, Adam and Danielle let her sleep in her own room so everyone could get a decent night’s sleep. 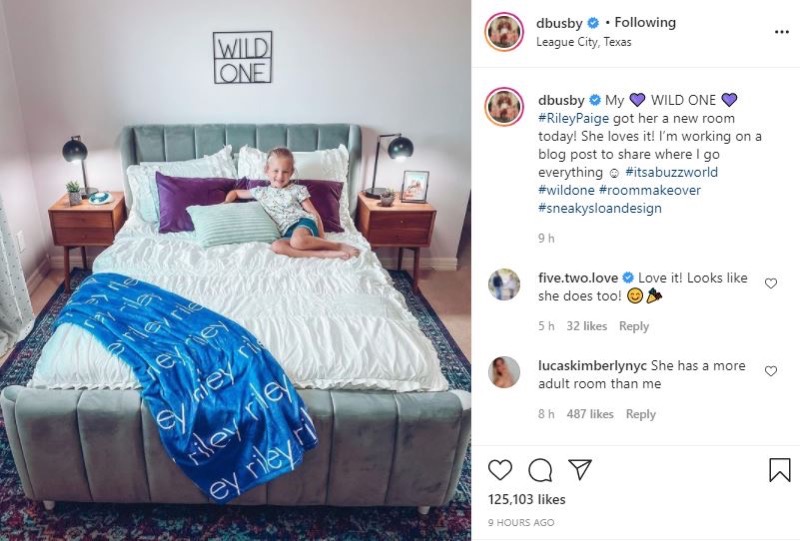 More OutDaughtered spoilers came from Danielle last week. In her Stories, after she went for a medical procedure, she mentioned amongst other things, that they refurbished the room. The bed was old, and the cabinet space wasn’t even designed for storage. So, it looked rather dull and lifeless. She ordered in some stuff and she and her husband enjoyed making it look much nicer. Then, on May 7, Danielle shared a photo of the completed room on her main Instagram.

In the latest OutDaughtered spoilers, Riley lay on the bed looking like the Queen Bee. Danielle promised that she updates her blog soon, so people know where she found everything for the room. In her caption, Danielle salo said, “My 💜 WILD ONE 💜 #RileyPaige got her a new room today! She loves it!”

One TLC fan noticed that the room seems ideal as it will do her for a long time. In fact, as it’s not all stuffed toys and cutesy posters, it probably serves her for years to come as she grows into a teen. The old single bed went out, and the new one looks good enough for any teenager to love. The fan said, “Wow, that design is timeless and can last her a while. Beautiful.”