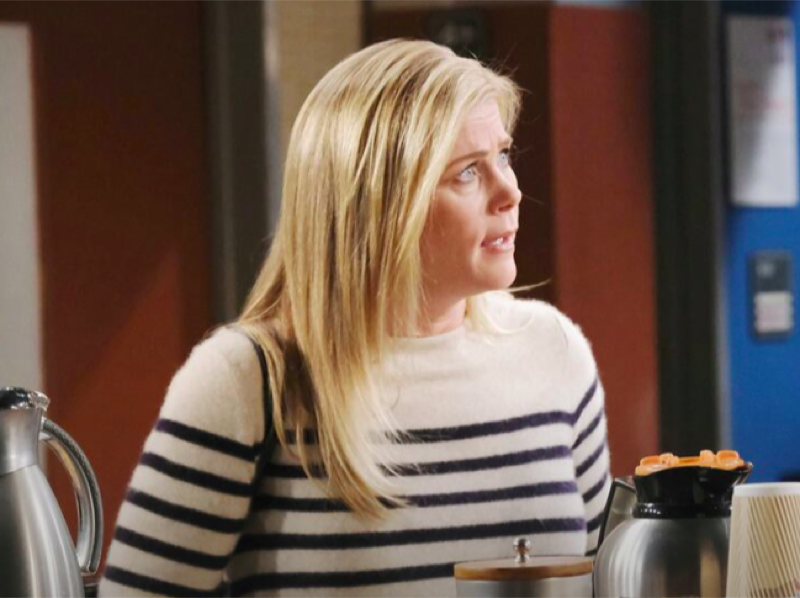 Days of Our Lives viewers will recall that Sami already knew that Kristen was impersonating Susan Banks (Stacy Haiduk). Kristen revealed that to her herself after catching Sami and Lucas Horton (Bryan Datillo) having had a one-night stand and confronting Sami over it and then blackmailing her! Days of Our Lives viewers will remember that Kristen threatened to call Sami’s husband, Elvis “EJ” DiMera (Dan Feuerriegel), who is Susan’s son with Stefano DiMera (Joseph Mascolo) and tell him about the affair.

Kristen needed to break up Jake DiMera (Brandon Barash) and Kate Roberts (Lauren Koslow) to keep her end of the bargain with Vivian Alamain (Linda Dano) who was keeping an eye on the real Susan Banks (Stacy Haiduk) in Statesville Prison, who was impersonating Kristen since they traded places. But Sami had no idea who else Kristen was impersonating – and it looks like she finds out Kristen is impersonating a surgeon, after a serious accident with Brady Black’s (Eric Martsolf) car. 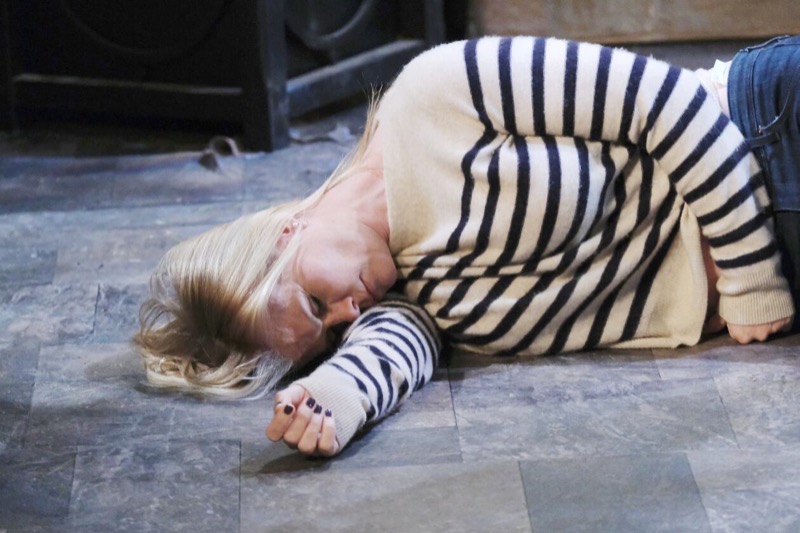 Days of Our Lives viewers know Sami won’t keep her mouth shut about that – she’ll confront Kristen over her impersonation – and that will get Sami in even more trouble with Kristen! Kristen will have to shut up Sami and make sure that she doesn’t reveal her true identity, because she has to be in Salem University Hospital in disguise to make sure that Brady will be all right. Sami and Lucas will both be in the hospital because of Brady’s accident.

Days Of Our Lives (DOOL) Spoilers: A Shocked Jake And Gabi Rush A Desperate Kate To The Hospital

Days of Our Lives viewers know that Kristen won’t just be able to knock Sami out like she did Kate! Kristen will have to make it look like something that would happen in a hospital, so she will likely stab her with a syringe full of a tranquilizer like she did Kate in the DiMera wine cellar! It is entirely possible that Lucas witnesses this and tries to take down Kristen only to be incapacitated by Kristen, possibly by a syringe as well. Both Lucas and Sami will wind up in the wine cellar, victims of Kristen.

There are plenty of ways to get unconscious victims out of a hospital, although Kristen must be stronger than she looks if she takes both of them at the same time! All Kristen would have to do is swap her surgeon wear for orderly wear and put them in a laundry cart covered with sheets, although she’d probably have to “borrow” a van or some other large vehicle to get them to the DiMera mansion and through the tunnels to the wine cellar, which is where they both will be trapped! It took both Gabi Hernandez (Camila Banus) and Abigail DiMera (Marci Miller) to transport an unconscious Gwen Rizchech (Emily O’Brien) to the wine cellar from the Salem Inn. Perhaps, Kristen, has a henchman stashed somewhere who she can call on for help!