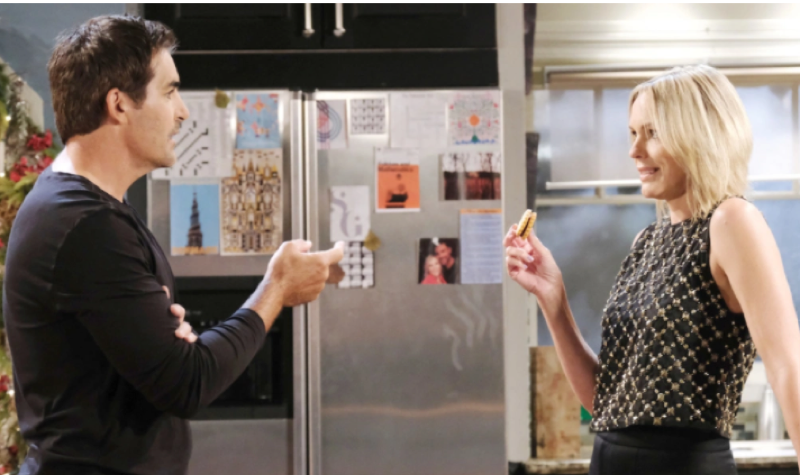 Days of Our Lives (DOOL) spoilers and updates tease that Nicole Brady (Arianne Zucker) will struggle to keep her dirty little secret from Rafe Hernandez (Galen Gering) in an upcoming episode of Days of Our Lives!

Days of Our Lives viewers will recall that Nicole had a forbidden night of drunken passion with her ex-husband Xander Kiriakis (Paul Telfer) after the two ran into each other and practically drunk each other under the table! Nicole had just gotten the latest call, of which there had been several, from Eric Brady (Greg Vaughan) who had already been gone practically their entire marriage on a mission to Africa. Every time he had made plans to come home to Nicole, something would always come up, and this time he informed her that he had taken on yet another several-months-long mission and would not be coming home.

Nicole has gotten tired of his excuses, which she had come to suspect that’s what they were. Longtime Days of Our Lives viewers will recall that Eric and Nicole were in love for years but something always happened to keep them apart, and now it’s Eric himself that is keeping them apart! Nicole felt Eric loved the mission field much more than he loved her, and who could blame her? Xander has still been reeling from the perceived rejection of Sarah Horton (Linsey Godfrey) who dumped him on the night they were to have gotten married and ran off with her ex-husband Rex Brady (Kyle Lowder). 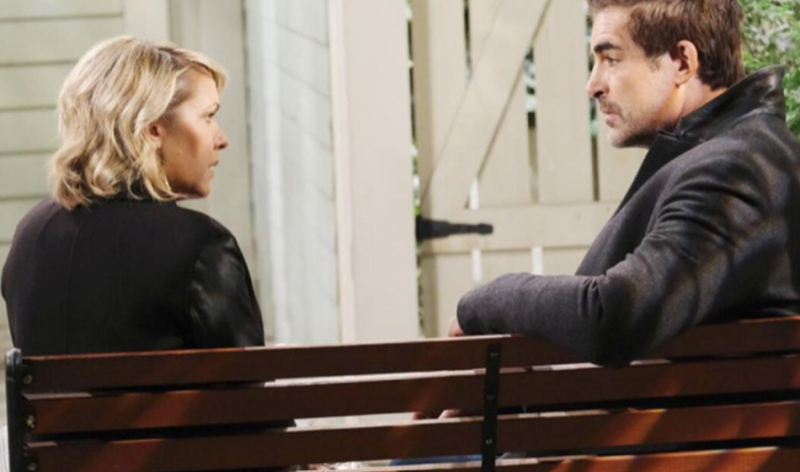 Of course, he doesn’t know what Days of Our Lives viewers know – that it was Kristen DiMera (Stacy Haiduk) who dumped Xander and then dumped Rex too, because the two men have not communicated, and who knows if Sarah is even alive? Kristen drugged her with the syringe left in the DiMera wine cellar by Abigail DiMera (Marci Miller) who was going to drug Gwen Rizchech (Emily O’Brien) with the same thing she was drugged with! Nicole set down with Xander at the bar and continued getting drunk with him, and then they had a one-night stand that she has regretted ever since at the Salem Inn!

Days Of Our Lives (DOOL) Spoilers: Will Feelings For Nicole Interfere With Ava And Rafe’s Relationship?

Days of Our Lives viewers know that Kristen is on the run and Rafe Hernandez (Galen Gering) is likely looking for her as she escaped custody at the Salem Police Department after Detective Lani Price (Sal Stowers) had convinced her to come in. Kristen has since been here, there, and everywhere although she was definitely at the Salem Police Department when Brady Black (Eric Martsolf) confronted her and broke up with her for good! That was likely when Kristen escaped, as she certainly would have gone off the rails as much as she did when she pushed Haley Chen (Thia Megia) down the stairs at Salem University Hospital after Xander switched her and Brady’s live baby for Sarah’s dead one.

There is no stopping a recently devastated Kristen, she’s like a freight train combined with a tornado! Rafe comes to Xander’s room at the Salem Inn, which possibly Nicole may have caught up for him when he blackmailed her over their one-night stand. Days of Our Lives viewers will recall that he previously threatened Sami DiMera (Alison Sweeney) when the deposit EJ DiMera (Dan Feuerriegel) put in Xander’s bank account mysteriously disappeared!

There Rafe finds Nicole and Xander together, and he’s obviously on police business because he’s got his gun with him. Xander appears to be holding something behind himself so that may be his gun! Obviously, Rafe will wonder what Nicole is doing with Xander at the Salem Inn, and Nicole hurries to come up with a convincing cover story! Xander will manage to convince Rafe that he hasn’t seen Kristen or heard from her, and Nicole hasn’t seen her either! Nicole might tell Rafe that Xander just needed a friendly shoulder to cry on about Sarah, which is what got her in trouble, to begin with!