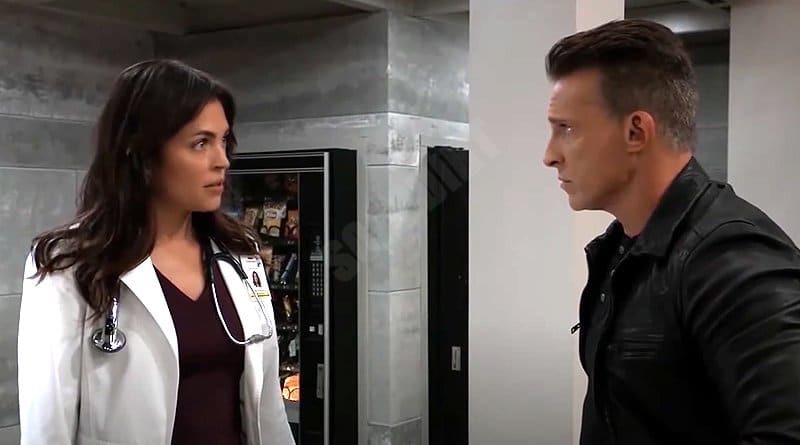 General Hospital (GH) spoilers and updates tease that a possible inside leak says JaBritt – meaning Jason Morgan (Steve Burton) and Britt Westbourne (Kelly Thiebaud) as a couple, might be happening as soon as the first week of May on General Hospital!

General Hospital viewers will recall from a recent episode of General Hospital that when Jason was brought in, Britt was right there to take care of him. Carly arrived not long afterward and saw something between Britt and Jason and didn’t like it. Jason had held Britt’s shaky hand and Carly immediately put a stop to it! Prior to Jason’s incarceration at Pentonville Prison while awaiting trial for the murder of Franco Baldwin (Roger Howarth) he and Britt had been working together to take down Cyrus Renault (Jeff Kober). Britt was upset and worried for Jason even though she, as the treating physician, remained positive and cheerful as she could.

But she probably worried that Cyrus was behind the stabbing, as she knows that he had been seeking to get rid of Jason for quite a while, and he wasn’t the only person to be stabbed at Pentonville. A couple of months ago her close friend Brad Cooper (Parry Shen) had been brought in as well, and he had been afraid to go back for fear of someone finishing the job and killing him! 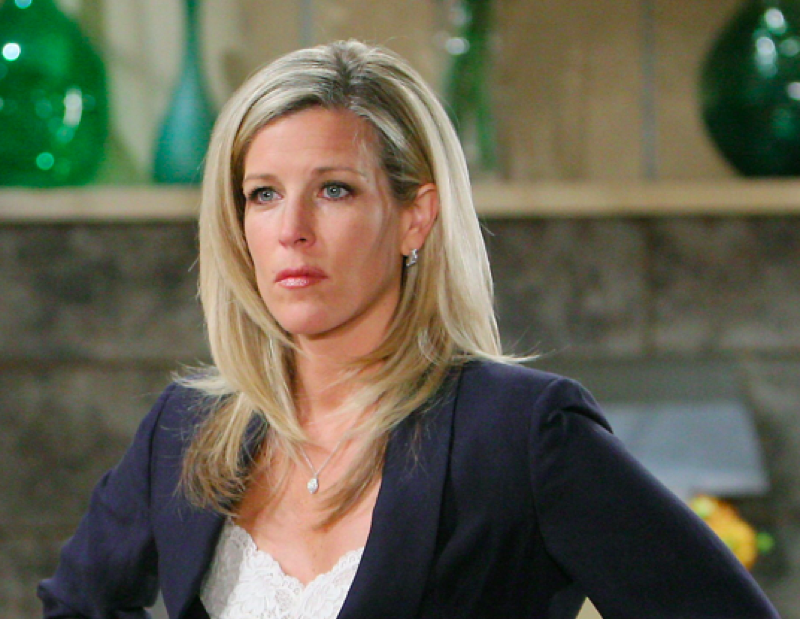 Carly, however, saw the bond that was very apparent, as well as the attraction between Jason and Britt, and of course, she didn’t like it. General Hospital viewers will recall that she called in a favor from Shawn Butler (Sean Blakemore) and had him stab Jason, not seriously injuring him but getting him from Pentonville Prison to General Hospital.

Jason wasn’t happy with Carly, and at the same time, Britt had found a connection between Cyrus’ drug, tobadryl, and lab results of the overdose death of a seventeen-year-old boy. But Cyrus snuck up behind her when she was looking at it on her hospital laptop and she thought he didn’t see what she was looking at, but she was wrong –when she went back to print out the proof, she was denied access to the pharmaceutical database! 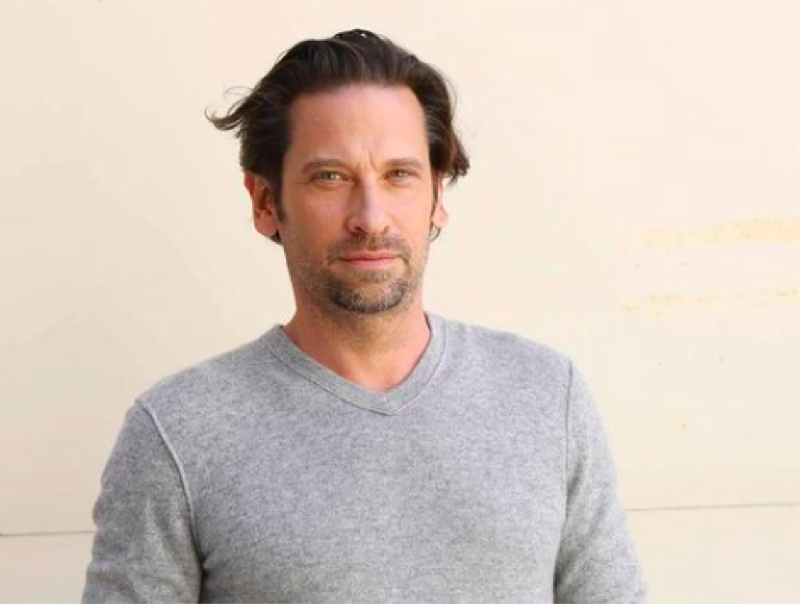 General Hospital viewers know that both Britt and Jason are now in danger from Cyrus, and Jason put down Carly’s idea that now he should represent Sonny Corinthos (Maurice Benard) at the Five Families meeting. Cyrus plans on attending and Jason knows it could wind up a bloodbath! Jason mentioned going to Sonny’s island but Carly wanted him in town and close to her. However, with Britt and he both in imminent danger from Renault, they have to do something! General Hospital spoilers and rumors tease that they will go on the run together, to Canada, and they will pose as husband and wife.

While there, they will also go to a doctor to get Britt a diagnosis and treatment for the apparent neurological problem that is causing the shaking of her hand. While it could be a symptom of Huntington’s Disease, which her father Cesar Faison (Anders Hove) was diagnosed with post-mortem, it could just as easily be several other conditions, including Lewy Body Dementia, Parkinson’s Disease or simply what is referred to as essential tremor, which could simply be a symptom of extreme stress. General Hospital viewers will not be surprised if Jason and Britt do fall in love, as they obviously already care for one another deeply!

Biking USA: More Than 500 Miles Of New Routes Added In California And Wisconsin