British royal family news shows that Princess Anne’s daughter Zara welcomed a son this week, marking the royal’s fifth grandchild and first grandson. But the hard-working princess is already back performing her royal duties with a bright smile on her face.

Queen Elizabeth’s only daughter, 70, paid a visit to the home of the Greater Cambridge Shared Waste Service on 24th March, where she met and talked with the waste and recycling collection crews. She recognized the increased burden they’d had to deal with as a result of the COVID-19 pandemic and the accompanying lockdown that saw the increase of wastes generated by households.

She thanked the refuse loaders and bin lorry drivers for their admirable work as front-line workers during the coronavirus crisis.

“It was nice of The Princess to come and chat about how she was interested in street cleansing and all the crews that work here, who keep the streets clean for us all and have been working hard throughout the pandemic,” Ray Frost, a Street Cleaning Operative commented on the Princess Anne’s visit.

Hayley Resztan, refuse crew member, “It was nice to meet The Princess. Her Royal Highness was interested in how I recycle at home too, and whether I started recycling more when I began working here. I’ve always taken care to recycle though.”

Princess Anne also got to see the service’s new electric bin truck, the very first of its kind in operation at Cambridgeshire. 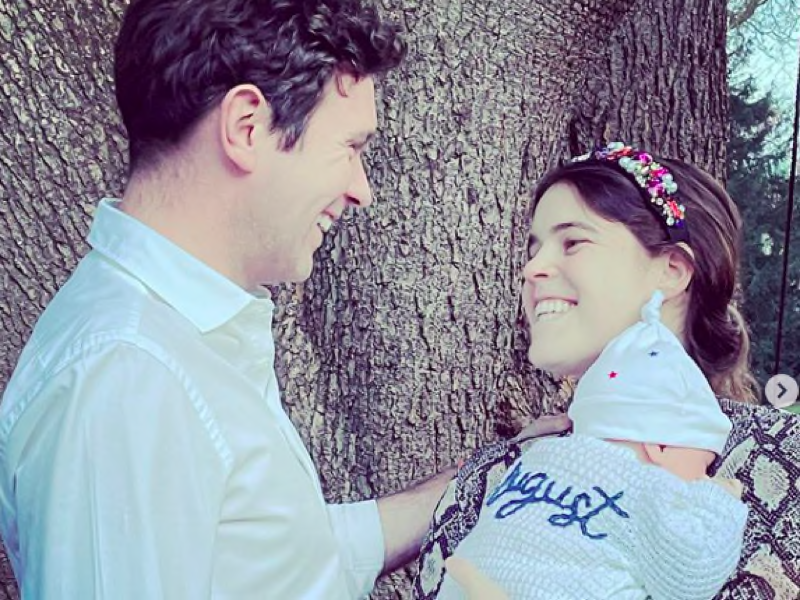 On Sunday, Princess Anne’s daughter Zara welcomed a son named Lucas Philip Tindall. The mom-of-three and her husband announced the news of their son’s birth on Wednesday, with her husband going on to share the details on his podcast, The Good, The Bad, and the Rugby.

“Sunday got even better because a little baby boy arrived at my house,” Mike said in the podcast, going on to add that the baby came so quickly that there wasn’t time to get to the hospital. “On the bathroom floor. So yeah, it was running to the gym, get a mat, get into the bathroom, get the mat on the floor, towels down, brace, brace, brace.”

He added that it was fortunate the midwife that was supposed to meet them at the hospital wasn’t too far away. Another midwife arrived almost immediately after the head midwife arrived.

Zara is also the Queen’s eldest granddaughter, and she and her husband Mike are the parents of two adorable girls, Mia, 7, and Lena, 2. Anne’s son Peter Philips is father to two girls: Savannah, 10, and Isla, 8.