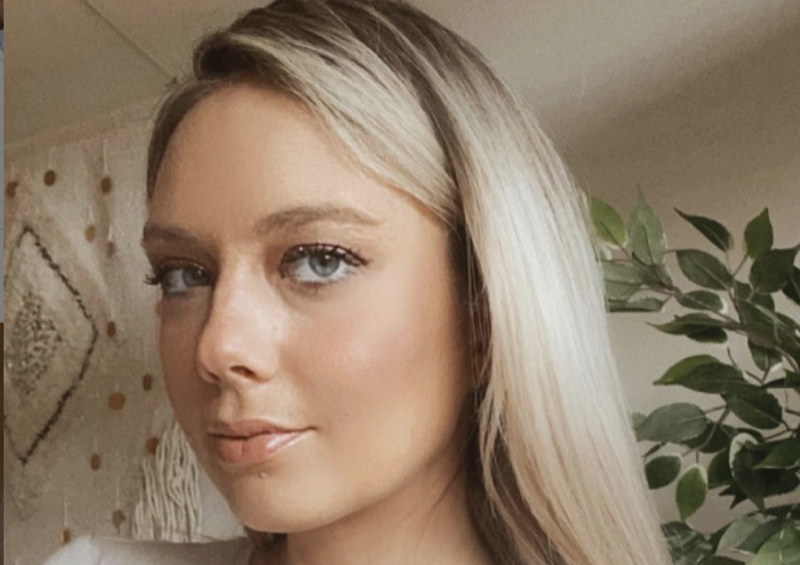 The Young and the Restless spoilers reveal that Melissa Ordway (Abby Newman) has a budding actress on her hands! She and husband Justin Gaston have two beautiful daughters, Olivia and Sophie, and during a recent snowstorm they took a delightful video of one of them polishing her acting skills.

Melissa captioned the scene, “Sending you all lots of love!”

The Young and the Restless spoilers: Melissa Ordway has a Charmed Life

The vid shows her exuberant daughter bundled up warmly as the snowflakes fall all around her. Then all of a sudden she strikes a pose and begins throwing air kisses to the crowd!

The fans thought it was absolutely adorable with one writing, “What a sweetheart. A bit of a ham? A future actress like mom? Where are you in that snow Mel? Sure doesn’t look like LA weather.”

The Young and the Restless spoilers: Melissa Ordway Stars on the CBS Soap

Justin is also an actor and he was recently seen on Y&R as the onscreen husband of Melissa’s character Abby. He played Chance Chancellor who married Abby and whisked her away to a funny honeymoon.

Justin filled in for actor Donny Boaz who was sidelined with corona and who thankfully has since recovered.

Fans loved seeing Justin on The Young and The Restless, especially paired with his real life partner. Many have suggested he be made a part of the cast, and since he has daytime in his background it would be a perfect fit!

The Young and the Restless spoilers: What Will Happen Next in Genoa City for Abby Newman?

Donny is back on the show and fans are now enjoying seeing where the happy couple go next in their relationship. The talk seems to be of having kids but also with a note of storm clouds as Abby has had a sad miscarriage in the past. It happened when she was involved with a man whose son was jealous of Abby and the new baby and actually rigged a trap wherein Abby fell and eventually lost the baby.

What happens next for Chance and Abby? He has a new job at the GCPD to get acquainted with and she has Society to run. In the meantime they are doing their best to prepare for a new family and the ride should be fun for fans who get to see the happy couple start a new life together.