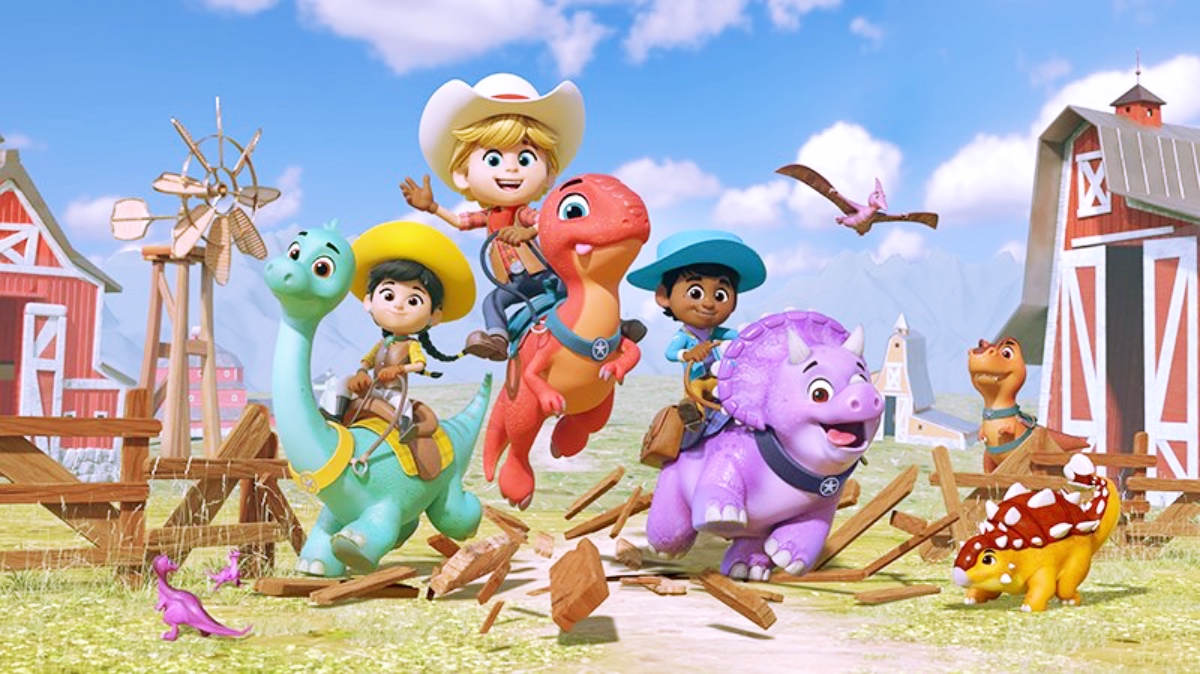 Dino Ranch spoilers reveal that the Disney Junior show has finally debuted and we have all the exciting details to go along with the special date, January 18, 2021.

Dino Ranch is produced by Industrial brothers and Boat Rocker Studios. What is this thrilling and fun new series about? The cute Dino Ranch is all about the life and times of the Cassidy family.

There are three siblings on Dino Ranch, Jon, Min, and Miguel. They also have a couple of special pets that they spend time with, but not any ordinary household animals. As the title reveals, there are dinosaurs on Dino Ranch!

The kids’ three dinosaurs are named Blitz, Clover, and Tango and they are part of a dino sanctuary. The sibs and their mom and dad never have a dull moment as they tend to the sanctuary which fosters baby dinos. The family lives on a farm and there are plenty of chores to do as well.

Dino Ranch News: Will You Be Watching Dino Rance?

Along with the chores there is also plenty of adventure and sometimes even misadventure as mishaps occur.

The series is described as a celebrate of teamwork, outdoor fun, and the importance of family and community. The also celebrates adopted families.

The show’s creator is Matt Fernandes and he used his own background of growing up on a ranch to populate the show’s storylines.

He explained in a press release that as a boy he, “Saw that the adults depended on the children to handle big important jobs, just as much as each other, so I had always been interested in doing a story about kids on a family ranch.”

“Watching our Dino Ranchers interact and bond with their dinosaurs as if they were puppy dogs is what makes the show so appealing and is what drives all our stories.”

Dino Ranch News: There are Plenty of Dinosaurs in Dino Ranch

We think kids will absolutely love Dino Ranch and its blend of adventure and family values. The first episode followed Jon, Min, and Miguel as they tracked down a spinosaurus!
Be sure to catch up on everything happening with Dino Ranch. Come back here often for Dino Ranch news and updates.