Days Of Our Lives Spoilers: Mary Beth Evans Holds A Baby Shower For Her Daughter And Bun In The Oven! 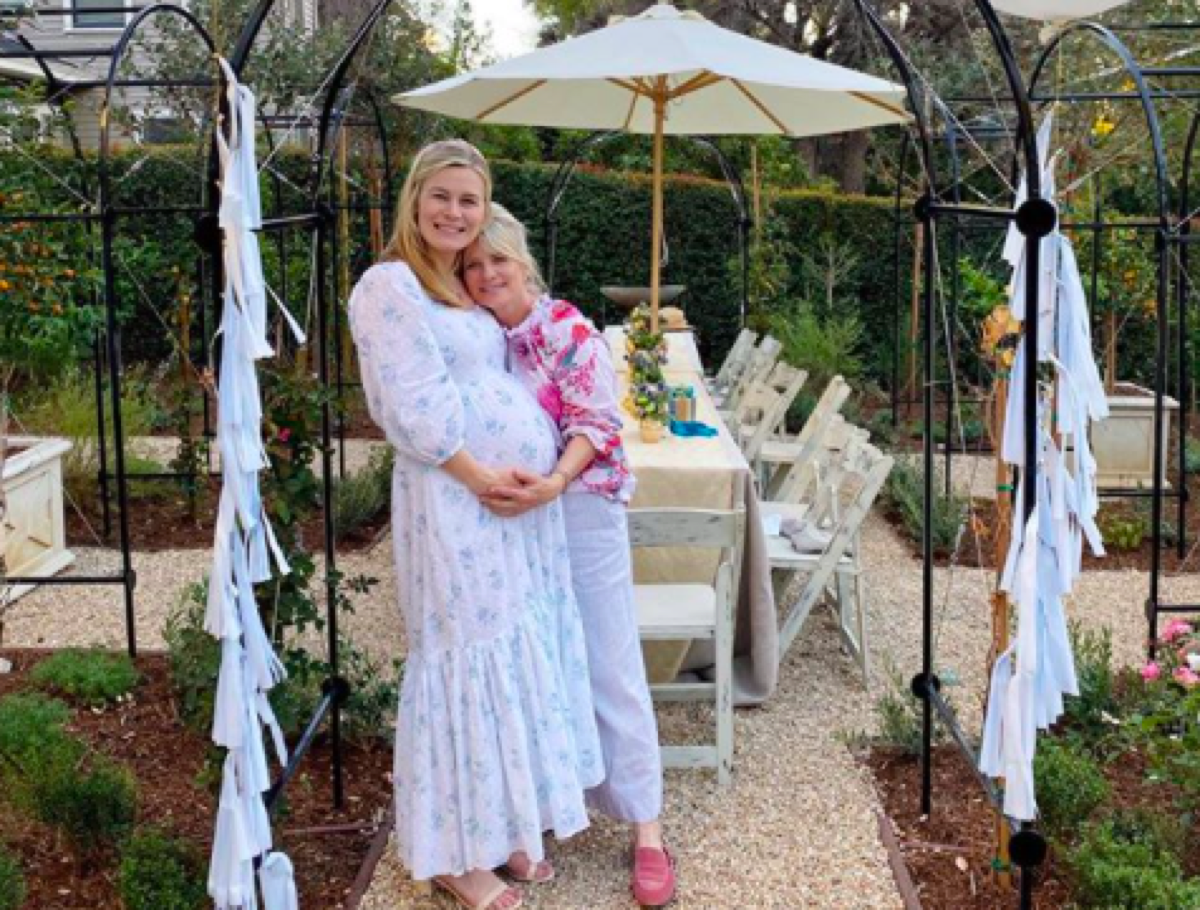 Days Of Our Lives Spoilers reveal announces that actress Mary Beth Evans held a baby shower for her daughter Katie recently and posted about it on Instagram.

Mary Beth Evans has a growing grandchild family, with both her eldest son, Daniel, and his wife, Sharon and her daughter Katie and her husband Cory expecting as well. She already has one grandchild, Henry, who is Daniel and Sharon’s eldest son.

Mary Beth posted a photo of herself and Katie at the baby shower, which was outside, and commented as follows: “Beautiful day and shower for my little baby mama. Getting so close!”

Mary Beth is best known as Dr. Kayla Brady on the NBC daytime drama “Days of Our Lives” although not everyone knows that she is also an avid foodie. She once marketed her homemade mini apple pies in the Williams-Sonoma catalog, and says of that venture, “The year that my baby pies debuted in the Williams Sonoma catalogue, they were the No. 1 seller for Thanksgiving. I’ve had some successes for not even being a chef or anything.”

She also has had a mini-cooking show on the DOOL app for several months, called “MB’s Kitchen”. Fans can still find some episodes by using the search function and typing in “MB’s Kitchen” or online at https://thedoolapp.com/recipes/ .

She Is Also A Blogger, And Launched Lifestyle Blog Plank In 2015

She is also a blogger, and launched lifestyle blog Plank (www.plank blog.com) in 2015. In a 2016 blog on Plank, she talked with Stephen Nichols about parenting and grandparenting, where she commented “Stephen Nichols and I have known each other for more than 30 years, and I’ve always known that he’s an amazing father; but watching him become an amazing grandpa has been so much fun.

Before our Summer break, I asked him to sit down with me to discuss parenting and grandparenting. Hope you enjoy our chat!” That interview can still be found at http://www.plankblog.com/family/parenting-grandparenting-a-conversation-with-stephen-nichols/ .

To see Mary Beth in action, check out NBC’s daytime drama Days of Our Lives, and keep checking Celebrity Baby Laundry for all the latest news, updates and developments!