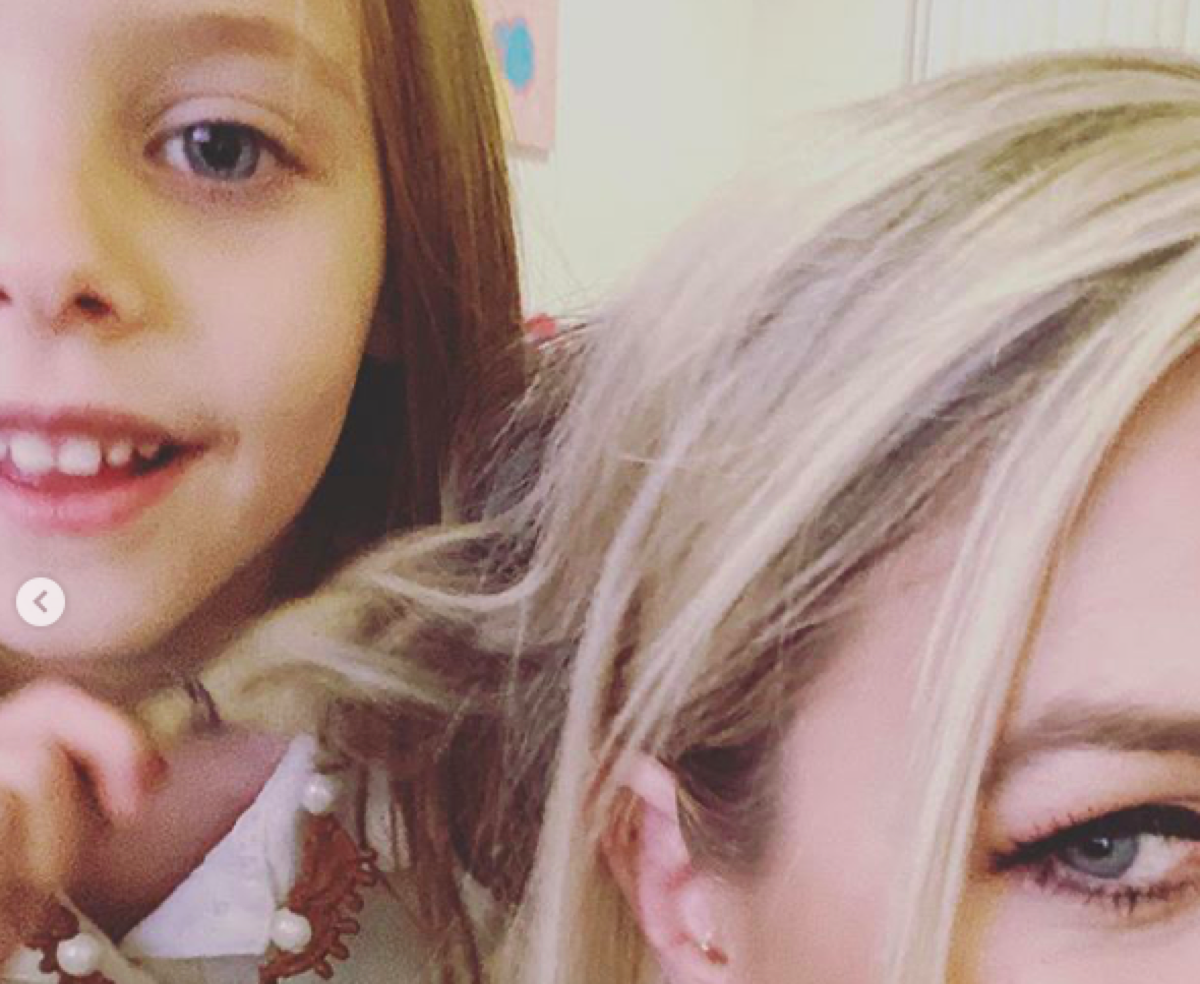 General Hospital spoilers teases that young Harper Rose Barash, daughter of actors Kirsten Storms and Brandon Barash, has taught herself to braid! Kirsten recently wrote about the event on Instagram.

Kirsten says Harper asked to braid her hair and she has a photo of it on Instagram, with the caption: “When Harper asked me if she could braid my hair, my first thought was “Get the detangling spray out, it’s gonna be a knotty ride”…and then she started sectioning my hair into 3 parts.

“I taught myself how to braid, Mommy! Let me take a picture so you can see!” I’m still shocked (cut me some slack..she just turned 6) – and also really proud. I braid Harper’s hair aaaaaall the time (Elsa braids, pigtail braids, once she went to school with 6 French braids – that was a specific request), so it’s no surprise that she knew this would give me feels My mom taught me how to braid – which I’ve always thought was special, but my daughter taught herself and her determination kicks ass.

Yes, I’m totally still rocking this hairdo and will be until the rubber band falls out. #itsthelittlethings #futureDIYer #braidsbyBuggy.” Harper is a smart little girl! Harper’s parents are divorced but remain friends and are very successful at co-parenting. Both Kirsten and Brandon post numerous photos of Harper on their social media accounts.

Her mother, Kirsten Storms currently plays Maxie Jones on ABC’s daytime drama General Hospital, and in the past she played a teenage Belle Black on Days of Our Lives. Harper made her own General Hospital debut as an actress when she played Maxie and Damian Spinelli’s (Bradford Anderson) baby girl, Georgie Spinelli.

Her father, Brandon Barash, is primarily known for the roles of Johnny Zacharra on the ABC daytime drama General Hospital and more recently as Stefan O. DiMera on the NBC daytime drama Days of Our Lives, although he has also done many appearances in prime time shows, such as portraying author Ernest Hemingway in the cancelled NBC primetime program “Timeless”. Harper was named after author Harper Lee, known for the novel “To Kill A Mockingbird” which is one of Brandon’s all-time favorite books.

Brandon has been filming again at Days of Our Lives, but it is unsure whether he will reprise Stefan O. DiMera (who was “killed off”) or another character. But then, Days of Our Lives, as General Hospital, has been known to bring many characters back from the dead so fans will just have to wait and see!

Keep an eye out for Brandon’s reappearance on NBC’s Days of Our Lives, and you can see Kirsten on ABC’s General Hospital. Keep an eye on Celebrity Baby Laundry for all the latest news, updates and developments!

Days Of Our Lives Spoilers: Mary Beth Evans Holds A Baby Shower For Her Daughter And Bun In The Oven!