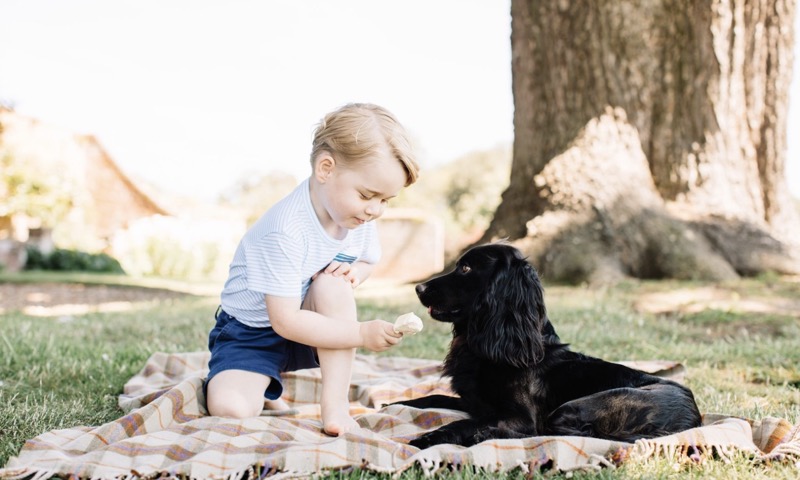 He might be known to the world as Prince George but behind closed doors, it looks like the royal family has given him a rather cute moniker! One royal fan recently revealed that she came across the young prince and his grandmother Carole Middleton while walking her dog near the Middleton home in Berkshire, England. To her astonishment, the 5-year-old prince got pretty chatty with her while playing with her little furry family member. He even told her the name he likes to be called at home.

According to Hello Magazine, the woman, who did not want to be named, said:

“I was asked by a police minder not to take a photo of the children, which I didn’t, but George started stroking my dog. Just to be friendly I engaged in a bit of small talk and I asked George what his name was, even though obviously I knew it.”

Before she knew it, the dog owner said that the future King of England told her his name. Actually, make that his nickname! The woman continued:

“To my surprise he said ‘I’m called Archie’ with a big smile on his face. I don’t know why he calls himself Archie but kids often play with their names and I think it’s lovely.”

It’s not every day that you get to have small chat with a prince, right? So far Buckingham Palace has not made any comments although we can’t help but wonder if Prince William and Kate Middleton call Prince George ‘Archie’ at home. After all, it is a very cute nickname that suits the prince quite well!

In the meantime, drop us a line with your thoughts in our comments section below. And as always, don’t forget to check back with Celeb Baby Laundry for all the latest news and updates on Prince George and the rest of the royal family right here!