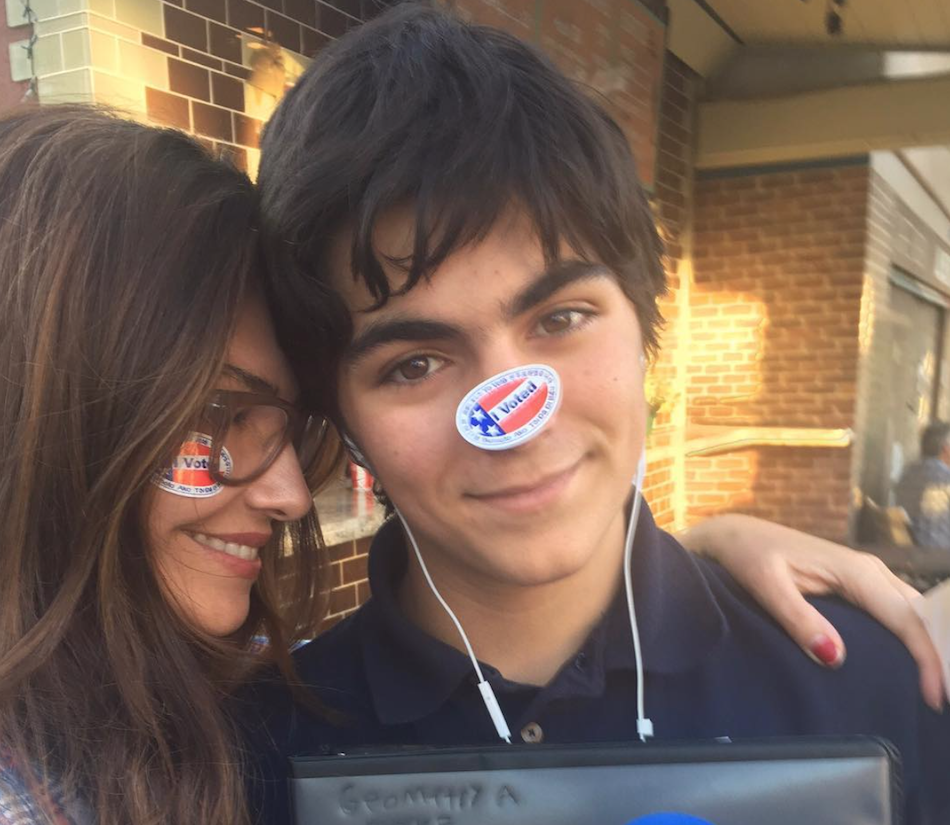 Former General Hospital star Vanessa Marcil fulfilled her duty yesterday as she went to vote. She took her sixteen year old son, Kassius Lijah, with her as she cast her ballot. While he might not be of suffrage age quite yet, he’s learning first hand that to make a difference for your country you have to fulfill your duty. And you do that by showing up when it matters. Her caption reads:

“The world is yours and it’s time for change.”

Vanessa Marcil played the role of Brenda Barrett on General Hospital. She started with the hit ABC soap in 1992 and continued until 1998 during her first stint. Brenda Barrett was believed to have died in mysterious circumstances her mother drove their car off a cliff. But, in very General Hospital like fashion, Marcil came back as Brenda Barrett. Reprising her role in 2002, she only appeared on the show for a few months. She had two other short stings on the ABC soap, and her last appearance dates from 2013 for General Hospital’s 50th anniversary.

Brand new episode TODAY. The impossible has happened! My new favorite show has caused me to be excited for Mondays!!!!!!! These two incredible women are sitting down after years of not speaking to each other to reconcile their differences and set the record straight – check out the new episode of #RedTableTalk by heading to the link in our bio!

Marcil has had a tumultuous relationship with births. She has one son, but she’s had seven miscarriages, with her latest one being revealed on January 27, 2018. It’s very unfortunate that some women’s bodies are just made differently and that procreation seems to be more difficult for some. This goes double for someone that truly wants to have more kids and has gone to such great lengths for that opportunity. We do wish Vanessa the best of luck if she tries again as well as in any and all of our future endeavours.

Celeb Baby Laundry is a leading source for entertainment news, with a special focus on celebrity children. Like our Facebook and follow us on twitter for more up-to-the-minute news on your favourite entertainment star.