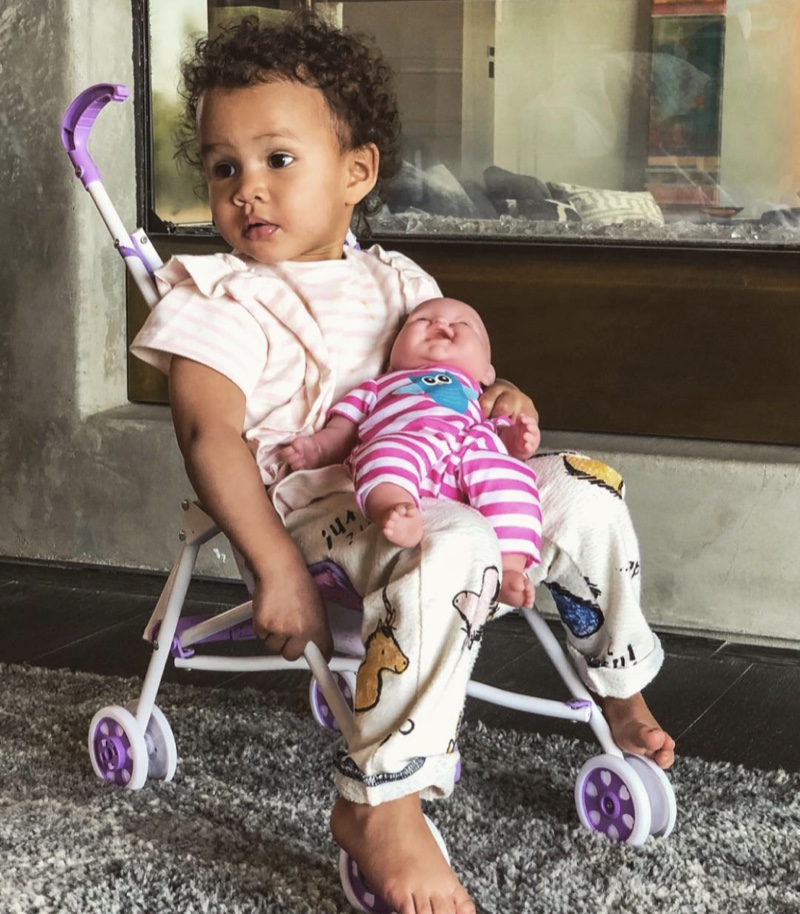 In the photo, the toddler sits her baby dolls tiny stroller while resting the toy on her lap.

Teigen and her husband singer John Legend are expecting their second this June.

Legend recently revealed that their daughter is currently to young to understand the concept of having a sibling.

“I don’t think Luna has a concept of exactly what it means to have a little sibling yet,” Legend told People. “She’ll figure it out sooner or later, and she’ll probably have some moments where she regrets it! But we’re excited.”

Teigen and Legend married in 2013.