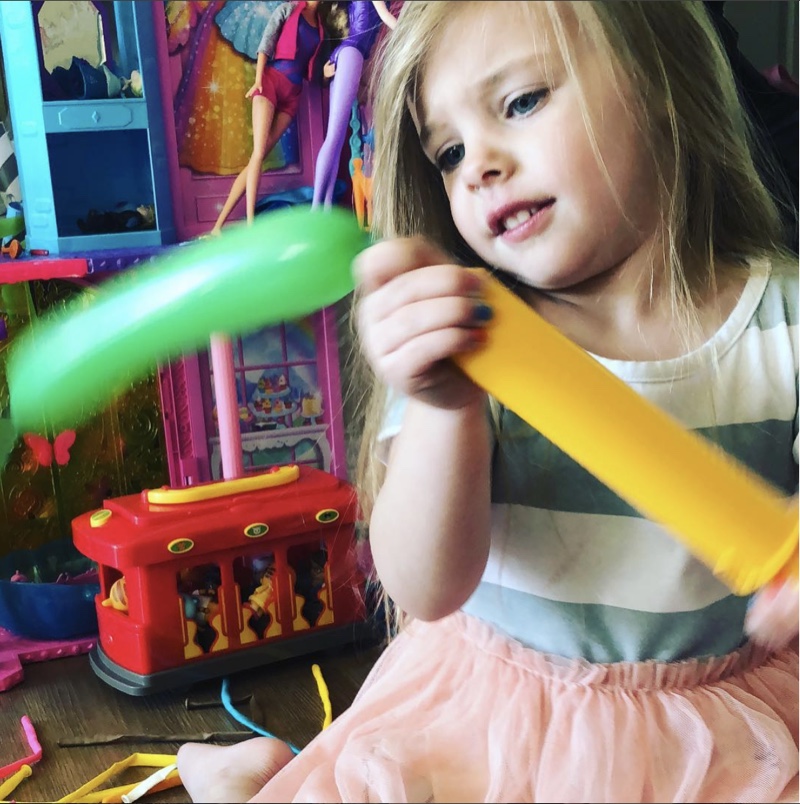 Kirsten Storms had a blast making animal balloons with her daughter Harper on Friday.

The General Hospital star shared a cute snapshot via Instagram.

“Attempting to make balloon animals…,” she captioned the photo of the 4-year-0ld.

The star recently shot down rumors that she is pregnant with her second child.

“This is the only time I will address this on social media. 1. No – I’m not pregnant in real life. Just in ‘GH’ life (where they pad me up to look prego in maternity clothes),” she wrote to her Instagram followers. “2. I like to wear loose clothes because THEY ARE COMFY. and 3. If you wouldn’t say something to a person on the street, don’t say it to someone online. It’s still rude. And I don’t do rude. Just like I refuse to turn around and start judging your appearance by the photos you post. #keepitclassyladies”

How To Celebrate St. Patrick’s Day With Your Kids