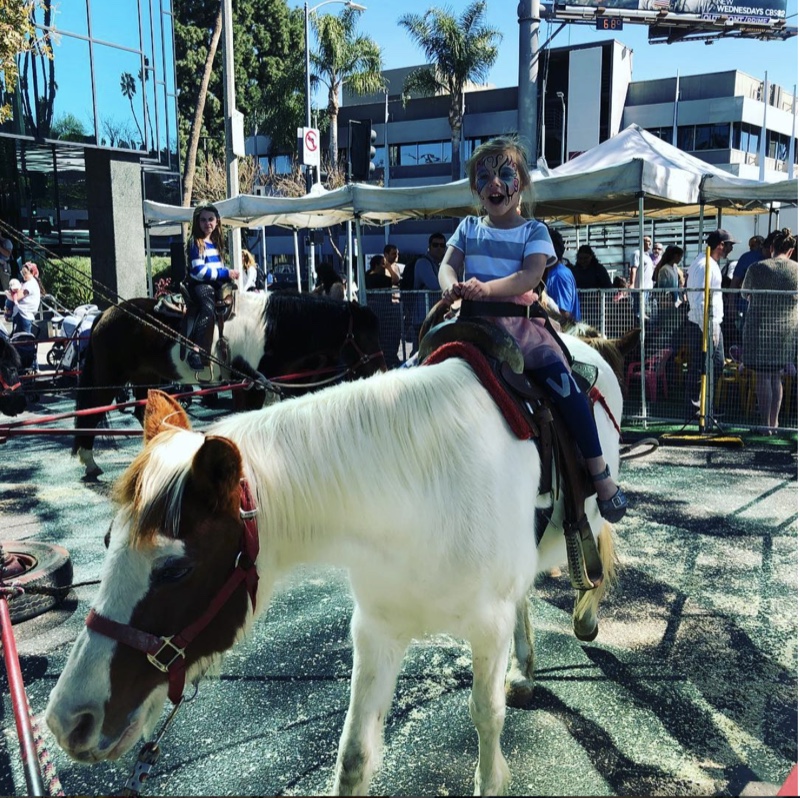 Kirsten Storms had a Funday with her daughter Harper Rose!

The General Hospital star took to Instagram to share with fans two shots of her Sunday with the 4-year-old.

In one photo, Harper who has her face painted as a butterfly can be seen cheering while enjoying a pony ride at a event in Los Angeles.

In the second shot, Storms shows off Harper’s Butterfly facepaint.

What a beautiful butterfly. 💕


The star recently shot down rumors that she was pregnant with her second child.

“This is the only time I will address this on social media. 1. No – I’m not pregnant in real life. Just in ‘GH’ life (where they pad me up to look prego in maternity clothes),” she wrote to her Instagram followers. “2. I like to wear loose clothes because THEY ARE COMFY. and 3. If you wouldn’t say something to a person on the street, don’t say it to someone online. It’s still rude. And I don’t do rude. Just like I refuse to turn around and start judging your appearance by the photos you post. #keepitclassyladies”

Jessica Alba Feels Blessed to Be Mom of Three