How I Survived Twins With Colic 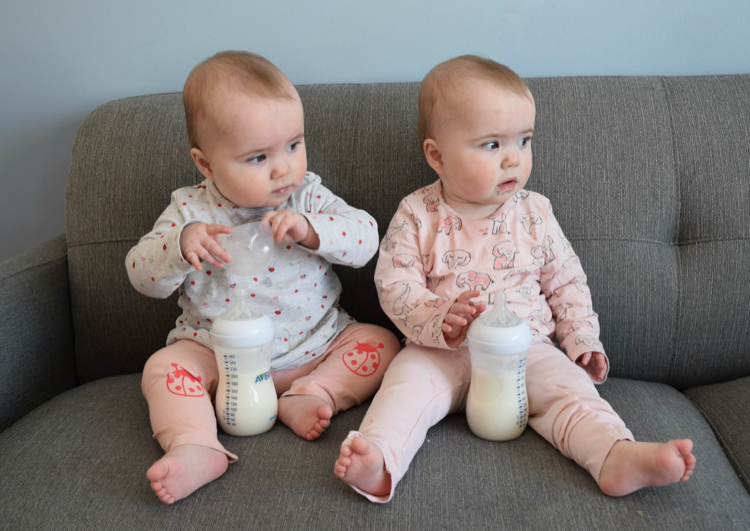 When expecting twins one thing you’re told more than anything else is that the first year will be the most challenging. I thought I understood this pretty well considering, I helped my aunt take care of my twin cousins when I was a child. When my twins, Ella and Rose, came I realized that helping take care of twins and being a parent to twins are two very different things. Both girls cried for six hours straight for two-and-a-half months. So, not only did I have to meet the challenges of taking care of two babies at once, but two colicky babies.

Nothing agreed with their sensitive stomachs, and it seemed as if we changed their formula almost more than diapers. My husband and I became resigned to the fact that maybe that this is just how life was going to be. I would be lying if I said that I was happy, I was tired and stressed out like no other time in my life. I yearned for a day where I could just sit with the girls and see them happy. A day where, my eldest daughter, Ava, could bond better with her younger sisters. 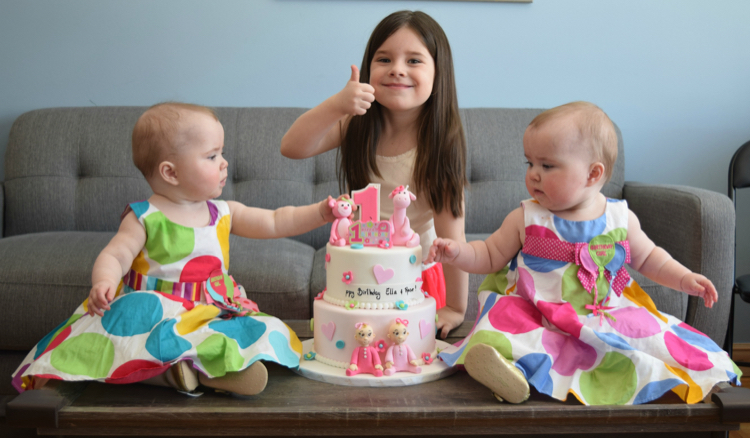 A year later, as I write this, I can say that it’s possible to survive colicky twins. The endless days of crying finally came to an end, and I couldn’t love my girls more. The feeling of despair have been replaced with excitement for the future – like their next milestone – taking their first step.

HERE’S HOW I SURVIVED TWINS WITH COLIC 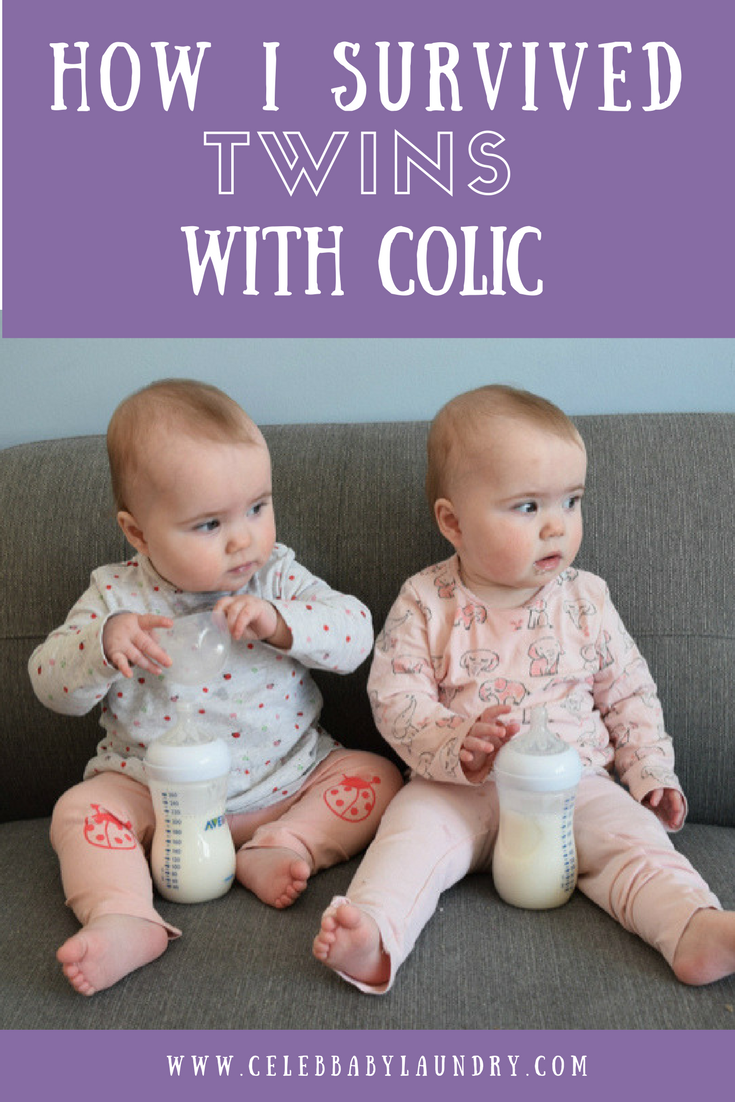 Recognize that the Crying is Not Normal

This may seem obvious, but in the first weeks, I actually thought the crying was normal. I had been told how hard having twins were so I thought their constant crying must just be a part of the package – that each twin was setting the other off with her crying.  The crying was not normal though and no baby should cry for six hours straight days on end. My first piece of advice is to recognize that there is an issue and not to just deal with crying. It doesn’t have to be your new normal.

I breastfed while supplementing with formula, but switched exclusively to formula after the first month. The babies had trouble latching, and I wasn’t producing enough milk. At this point, the colic got worse. They started to suffer from terrible stomach pain, and you could hear each of their belly’s rumbling. This was when their screaming was at it’s worst. It didn’t matter what formula we tried; each had a different negative consequence on their digestion. We even switched to soy-based formula, and it helped a little, but they were still suffering.

If your babies seem colicky, I suggest you speak to you doctor about stomach sensitivity in infants. We talked to our doctor and he suggested that the twins would benefit from a prescription hypoallergenic formula. The day we started the hypoallergenic formula things began to get better. Their stomach issues of the twins became better, and they started to enjoy everyday life. 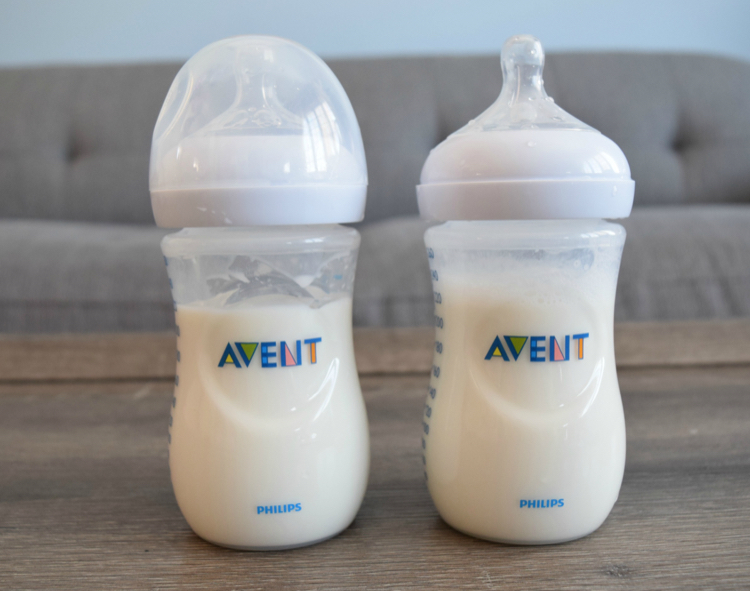 Find yourself an anti-colic bottle ASAP. The new formula helped, but the girls still had some slight stomach issues with it in the first months, so a good bottle is truly the key to eliminating the stomach issues altogether. The bottles that suited Ella & Rose the most were Philips Avent Baby Natural & Anti-Colic Bottles .

The little details make the biggest difference, and even with my first daughter, I chose Philips Avent products. Their products have won the Parent Tested Parent Approved Seal of Approval (PTPA). This means that the products have been put in the hands of real parents to be rigorously tested and later reviewed. Each of these products has won the seal for use in their packaging and marketing initiatives to tell other parents that they’ve been truly tried and tested! These products are the real deal! 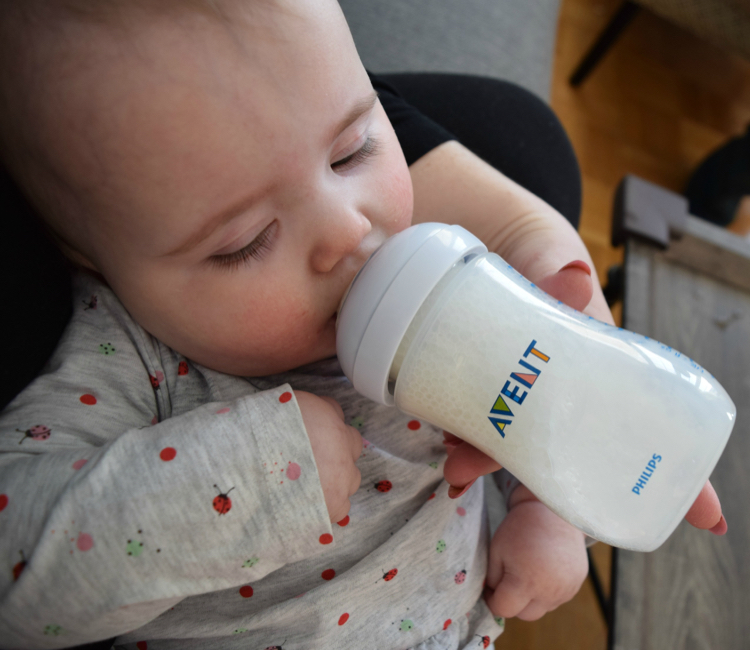 The Philips Avent Natural and Anti-Colic bottles are BPA Free while being simple to use, clean and easy to assemble. In our home, we have used both and love them equally.

Philips Avent is supportive of all women (and men) in their parenting journeys. In hopes of supporting other parents, Philips Avent is providing 2 Natural Bottles Gift sets and 2 Anti- Colic Bottles Gift Sets gift sets. The giveaway is open to Canada only (excl. Quebec).

Enter the giveaway via the widget below:

Disclosure: I am part of the PTPA Brand Ambassador Program with Philips Avent and I received Compensation as part of my affiliation with this group. The opinions on this blog are my own.

Why Being A Mom is Awesome