Scarlett Johansson Touches Down With Rose in Paris 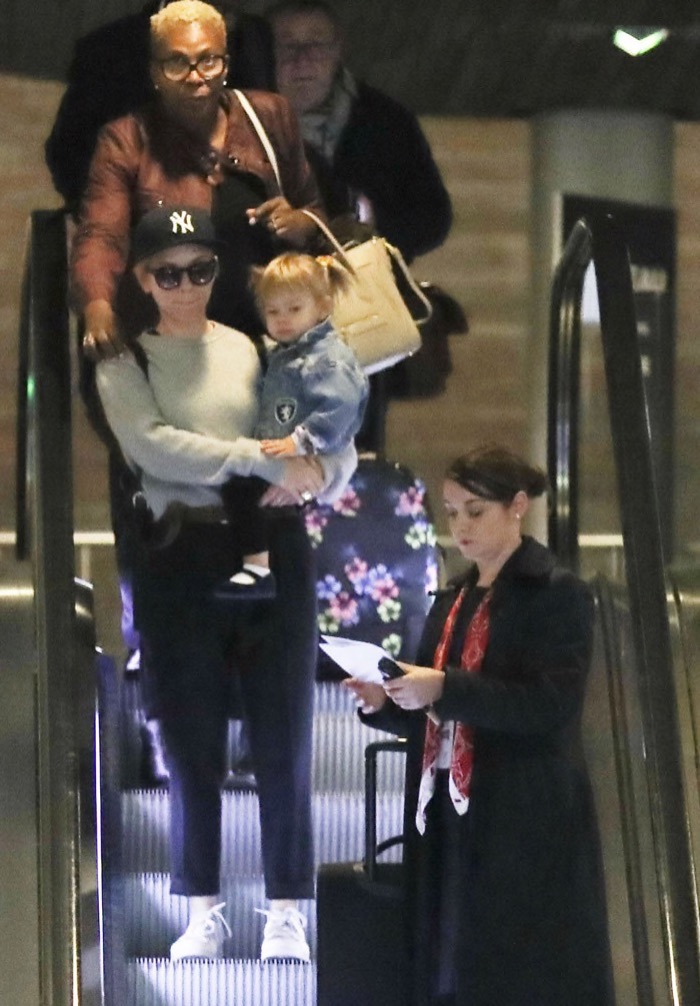 Scarlett Johansson and her daughter Rose were spotted arriving at Roissy CDG Airport in Paris, France on Thursday (Oct. 20).

The Captain America: Civil War actress kept a low profile with a baseball hat pulled over head and dark shades paired with a sweater and ankle pants. She carried her daughter on her hip while shielding her from onlookers.

Johansson will be opening a gourmet popcorn store in Paris on Saturday.

The Yummy Pop is said to be a labor of love with her French husband, advertising executive Romain Dauriac.

The actress will be present to hand out popcorn flavored with truffle, Vermont cheddar, parmesan, and sage.

Johansson’s spokesman said the Paris shop would close after its “soft opening” on Saturday to “they can fine tune everything with what they learn from customers before the grand opening,” which is likely to be before the end of the year.