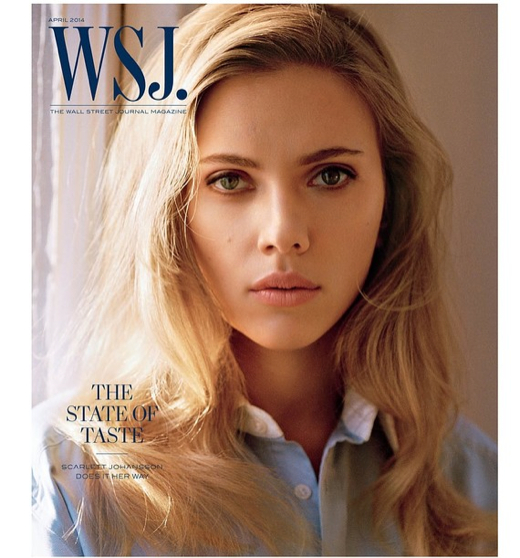 In the April 2014 issue of WSJ magazine, Scarlett Johansson opens up about wanting to have it all, including a family with  fiance Romain Dauriac and a successful career.

“It seems so stressful to not be able to spend time with your family because you’re constantly chasing the tail of your own success,” Johansson says in the interview that was conducted before news broke she is pregnant with her first child. “There must exist a world in which I can balance those things, be able to raise a family and still make a film a year, or work on my own, develop things, do theater. I want to be able to have it all. Selfishly.”

She admits she will have to compromise once she becomes a mom.

“I know that with that there will be some sacrifices,” the Avengers star tells. “I know that’s the struggle with working mothers and successful careers. It happens.”

Although, she does find it unfair there is a double standard in the industry.

“With [male actors] it just doesn’t happen that way,” she laments. “You can be every woman’s fantasy, and nobody thinks twice about the fact that you have eight kids or whatever.”

She also opens up about life with Dauriac, a former magazine editor turned creative director of a French ad agency.

“Our life is quiet. When you’re in a relationship with somebody and you’re communicating with them, you want to be as clear and concise as possible. We try to speak French a little, but it’s mostly like, ‘I like this sandwich,’ ‘That’s a nice color.’ You go out, you go to a museum, order lunch, try to do a conversation,” she tells.

Meanwhile, the actress can next be seen in Captain America: Winter Soldier, which hits theatres April 4.