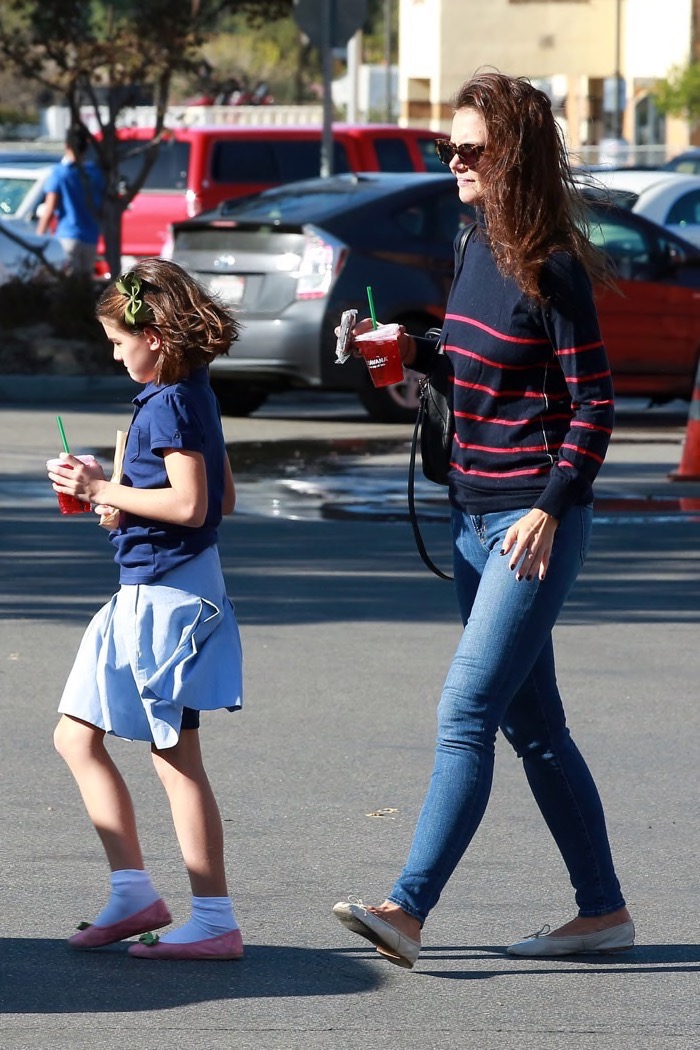 Katie Holmes and her daughter Suri Cruise were photographed buying iced tea at Starbucks in Calabasas, CA on Wednesday (Oct. 19).

The Kennedys After Camelot was dressed in a striped sweater and skinny jeans while walking back to their car. Suri was wearing a navy polo shirt and a skirt with pink flats.

Holmes who is the Quaker Oats spokeswoman recently revealed that she enjoys cooking for her 10-year-old daughter.

“I like making pasta and lasagna; I usually follow Mario Batali recipes,” she told People. “[Suri] has her favorites, like most kids. I don’t really have any tactics to help [with picky eating]. I think like most parents you make the stuff you know that they like, and every once in a while you introduce something new.”

In recent weeks, various entertainment sources have claimed that Holmes and her unconfirmed boyfriend, Jamie Foxx are set to marry.  A report claimed the pair have not gone public because the actress agreed not to date till 2017 in her divorce settle from ex-husband Tom Cruise.

Scarlett Johansson Touches Down With Rose in Paris