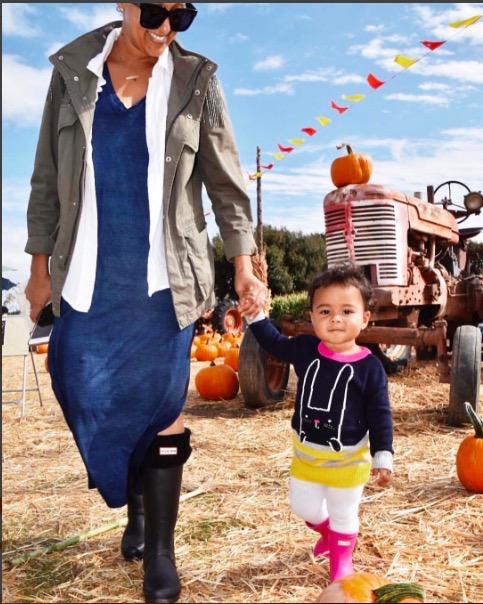 Tamera Mowry took her daughter Ariah to a local pumpkin patch in Los Angeles, Ca over the weekend.

The Tia & Tamera star shared the special day with her fans via Instagram. In one shot, she smiles happily while holding the hand of the youngster while they check out the collection of pumpkins.

“My princess 👸🏽 brings me so much joy. 📸@AdamHousley,” she captioned the shot. her son Aden had a little bit of trouble adjusting to his new sister.

Earlier in the year, Mowry revealed that her son Aden had a little bit of trouble adjusting to his new sister.

“At first he was a little jealous,” she told People in April. “For a year-and-a-half he had all the attention and here is this other little baby that comes in and now she’s getting most of the attention. I nursed for about eight months so it was her and me for a very long time.”

Mowry is married to Adam Housley.