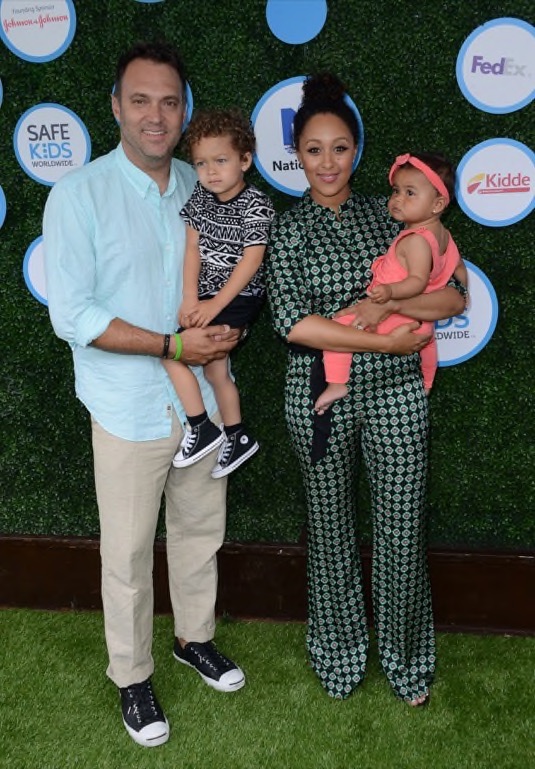 The Real co-host was dressed in a printed silk jumpsuit while walking the ‘green’ carpet. She smiled happily as she posed with her family.

Mowry recently admitted that going from one kid to two was a big adjustment for her family.

“It’s hard,”she told Us Weekly.“We were in the trenches. It was challenging for the first six months. The hardest part was giving attention to both.”

“It was challenging because [Aden] was very jealous and would try and hit her,” the Sister, Sister alum said, “but now they are the best of friends. When she sees him she goes crazy with excitement. More than when she sees me!”

Alessandra Ambrosio Soaks Up the Sun at Coachella With Daughter