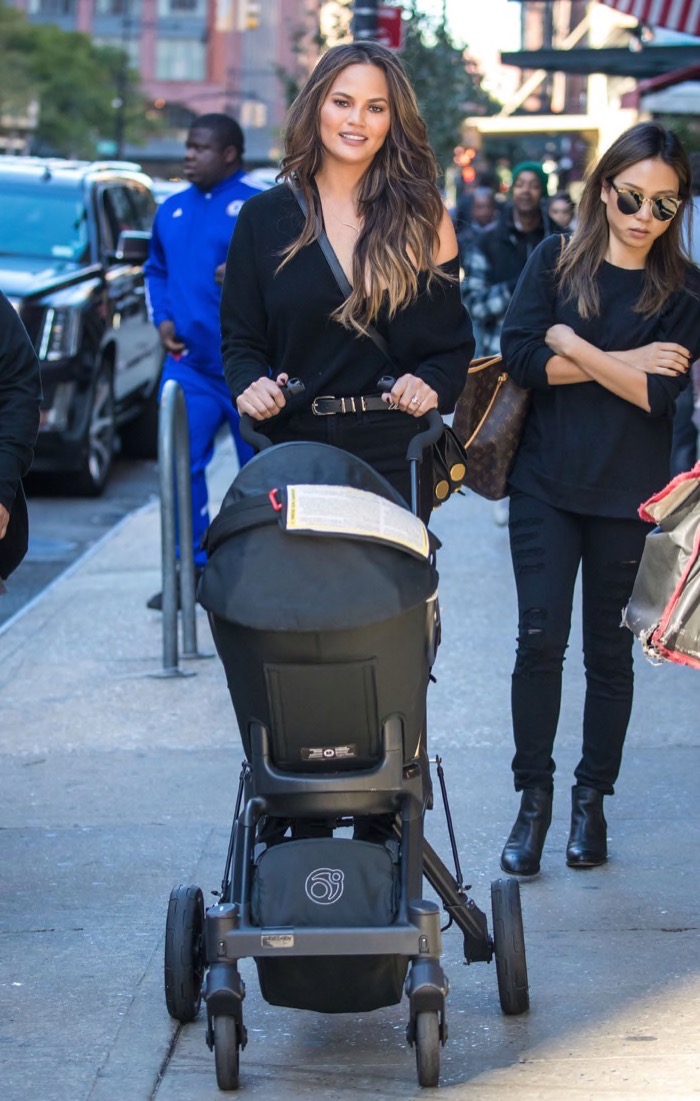 The model looked chic in a black off the shoulder sweater, matching jeans and booties. She was all smiles as she pushed her baby girl in a stroller.

During their stroll, Teigen stopped by a park to take slide with Luna. She shared the moment with her Instagram fans.

I can't believe you have been making me laugh and smile and extremely sleepy for 6 months now! First trip to the park. Best NYC stroll day ever. I love you, my Lu!

“She smiles a lot,” he said while making an appearance on her popular daytime show. “She’s got a good temperament so far. We’re knocking on wood, though, because you never know. They say their two’s are terrible and she’s only six months so we’ll see.”

The Lip Sync Battle star and Legend married in 2013.

They tied the knot during an intimate ceremony in Lake Cuomo, Italy.