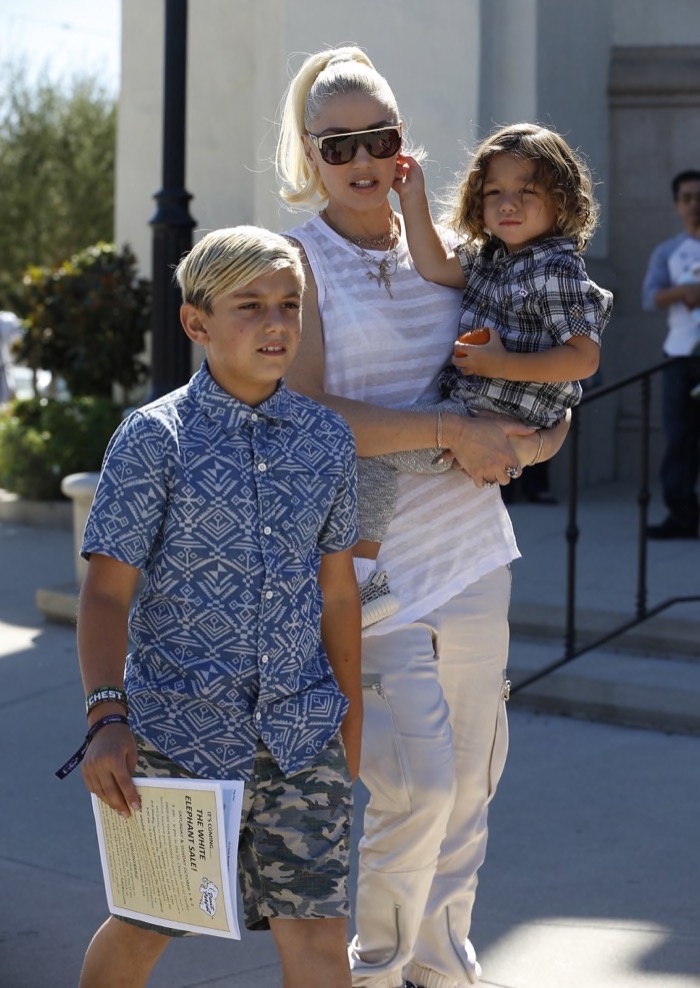 Gwen Stefani was photographed taking her sons Kingston, Zuma and Apollo to church in Los Angeles, CA on Sunday (Sept. 26).

The singer looked stylish in a white loose-fitting tank and satin cargo pants with heels. She carried Apollo while making her way to church. After the service, Stefani was seen picking up barbecue stuff at a local store.

While speaking to Ellen Degeneres on the The Ellen DeGeneres Show, Stefani opened up about taking her son on tour.

“It was insane, and also it was magical thing because I think for me, now that I’m a mother, I really hadn’t toured with the boys,” she told. “And having them out there, but also, seeing dads who were, like, tatted up, they’d probably been like old school. No Doubt fans — with their daughter on their shoulders, like their first show. And it was just kind of the whole thing was full circle and magical.”

“I have to drag them around in a bus all summer. But they had the best time. I mean it’s a bus, it’s a lot. Can you imagine three little boys on a bus after you do a show? Get to bed, it’s like no. It’s exhausting, but it was fun,” she added.