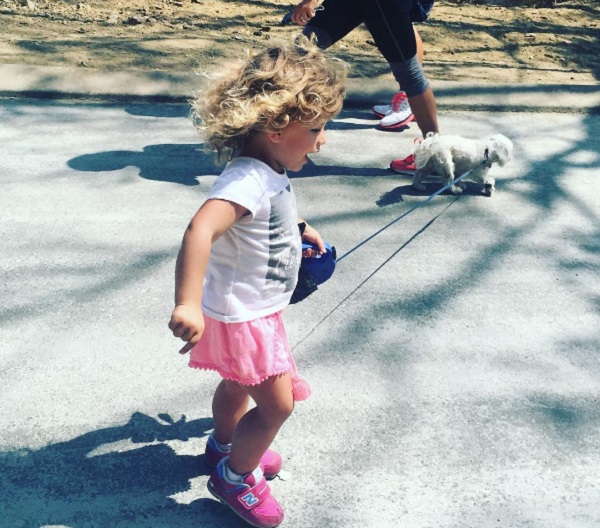 South African born actress Tammin Sursok took to Instagram this week to share some adorable new photos of her baby girl Phoenix Emmanuel.  But, Phoenix isn’t such a baby anymore, the cute toddler will turn 3 years old in October!  Tammin Sursok and her husband Sean McEwan were married in 2011, the happy couple welcomed baby Phoenix into the world in 2013.

Tammin Sursok is best known for her portrayal of Jenna Marshall in the Freeform (formerly known as ABC Family) drama Pretty Little Liars, she has been with the series since it began in 2010.  She also appeared on the CBS soap opera The Young And The Restless, and prior to that started her acting career on the popular Aussie soap opera Home And Away.  Currently, Tammin and her husband Sean are working on a web series called Aussie Girl.

Hiking with some extra love. @bottleandheels

Tammin Sursok opened up about motherhood, and her and Sean’s plan to expand their family in an interview with Channel Nine’s Today Show.  Sursok’s delivery of Phoenix Emannuel wasn’t an easy one, and she isn’t exactly rushing to get pregnant again.  However, her husband Sean has different plans.  Tammin joked, “‘My husband keeps trying to have a baby with me everyday.  He would like to have 5 kids.  ‘Of course he could have five kids, because he didn’t have to give birth to a ten pound baby!”

Recently, Tammin shared an adorable video of Phoenix enjoying some cake on her mommy’s birthday on Instagram – we seriously can’t get enough of how CUTE she is!