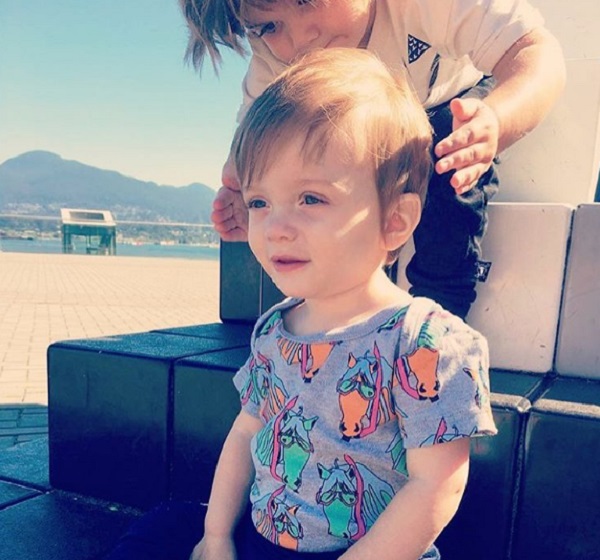 ‘Hart of Dixie’ star Jaime King took to Instagram this week and shared an adorable new photo of her sons James and Leo posing together.  James Knight Newman was born on October 6 2013, and Leo Thames Newman came along on July 16 2015.

In Jaime King’s latest snapshot of her handsome baby boys on Instagram, the proud mom showed them hanging out together outside and sharing some brotherly love.  The proud mom captioned the photo of James and Leo, “Electric Youth.”  You may recognize Jaime’s younger son Leo, he has made a few appearances on Taylor Swift’s Instagram as well, the pop diva is actually baby Leo’s Godmother.

In May 2016 Jaime King made the exciting announcement that she was working on a new clothing line, for kids!  Gardner And The Gang: Jaime King Collection isn’t just any kids’s clothing line though, Jaime’s designs are being praised for being “gender neutral.”

After the launch of her fun new clothing line, King dished to People Magazine, “We have set limitations upon our children and babies, whether that be consciously or subconsciously. Somewhere along the line of ‘dos and don’ts,’ we relegated children into little boxes that are so restrictive.”

The actress added, “Somehow, the world decided that boys belong in blue and girls belong in pink and anything other than that is weird or strange and in some ways frowned upon — as if allowing a boy to wear purple or hot pink is steering them in the wrong direction.”  You can check out some of the adorable new clothes on the Gardner And Gang official website.