Drew Barrymore Shows Off her Love of Motherhood at Godiva Event 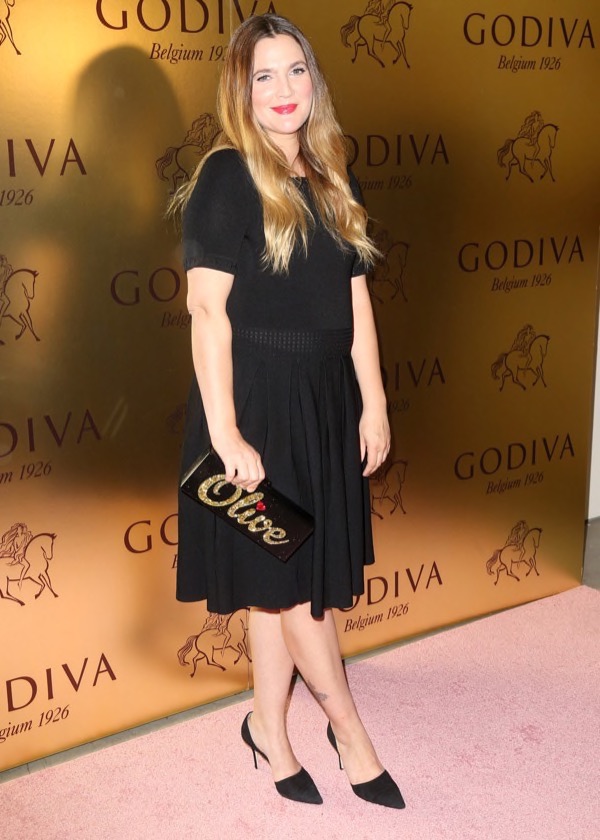 Drew Barrymore showed off how much she loves being a mom while posing for pictures during Godiva’s 90th Anniversary fete at The Marlborough Gallery in West Chelsea, New York on Friday evening (May 13).

The Blended actress wore a black dress while holding and Edie Parker clutch that donned the names of her two daughters names Olive & Frankie.  She happily showed off each side of the clutch while posing for pictures.

A tattoo on her right wrist also displayed their names.

“I’m going to be the person with the [logo] sweat band, the t-shirt, the purse, the tattoo – I’m going to look crazy at some point,” Barrymore joked.

While being interviewed, Barrymore opened up about her special Mother’s Day.

“The [girls] made me an amazing card and they brought me flowers, which was so nice,” she said of Frankie and Olive. “Funny enough, I was trying to scramble to get ready and we all ended up sitting on my bathroom floor and reading each other’s cards. It was sooo nice!”  she recounted to People Magazine.

Barrymore says she also spent the special day with her in-laws.

“We were here at my in-laws Country Club,” indicated Barrymore. “Just hanging out all day and then we went to an art fair together. It was great. I’m absolutely as close with them as ever. Because we were close, we will remain close. We’re a family forever.”

The mother-of-two recently split from husband Will Kopelman.

The ex’s married in 2012 and amicably co-parent their daughters.