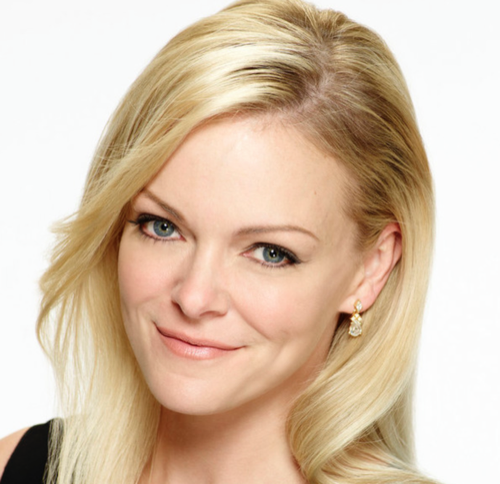 “Days of Our Lives” Martha Madison [Belle Black] shared a cute pic of her daughter Charley Gilbert on Twitter. The toddler is sitting on her pink and purple Barbie tricycle wearing a bicycle helmet.

Charley has a big beautiful smile in the snapshot which Martha captioned, “She put on Daddy’s helmet, jumped on her bike and announced to everyone, “I’m an astronaut!” #TooMuchTV #Charley.” Martha’s husband, and Charley’s daddy, is restauranteur A.J. Gilbert. The pint-sized blonde is Martha’s mini-me.

It looks as if Charley is already something of a fashionista. She is dressed in a black T-shirt with a rainbow heart design and dressed in shorts which appear to be cute black denim. Charley seems to be enjoying riding the pink Barbie tricycle with purple wheels around the Madison-Gilbert home.

When Martha isn’t busy on mommy duty or on the “Days of Our Lives” set, she co-hosts Soap Box with Lily Melgar [Janice Ramos, “The Bay” ex-Lily Corinthos, “GH”]. Martha Madison also took on the role of Miranda Winterthorne on the four-part web series “Winterthorne” in 2015.

She put on Daddy's helmet, jumped on her bike and announced to everyone, "I'm an astronaut!" #TooMuchTV #Charley pic.twitter.com/hBuh79TTuz