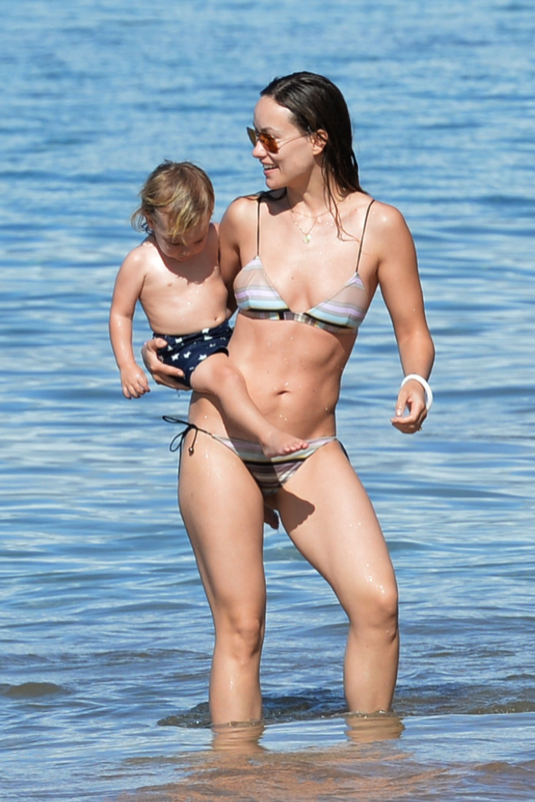 Olivia Wilde and Jason Sudeikis were photographed enjoying a vacation day in Maui, Hawaii with their son Otis on  Friday (Dec. 18).

The Love The Coopers actress showed off her fit body in a string bikini. She carried around the toddler in the water before Sudeikis played with him in the sand.

With the holidays around the corner, Wilde wants her son to learn that it’s a time to give back instead of just receiving presents.

“I hope that my son ends up equating the holidays with the need to give back more than any other time of the year,” she told People magazine. “I think it should be a time when we realize how lucky we are and keep in mind that there are many people who aren’t going to be celebrating the holidays.”

Wilde began dating Sudeikis in November 2011 and they became engaged in January 2013.

They welcomed their son in April 2014.

Rachel Zoe Shops With her Family