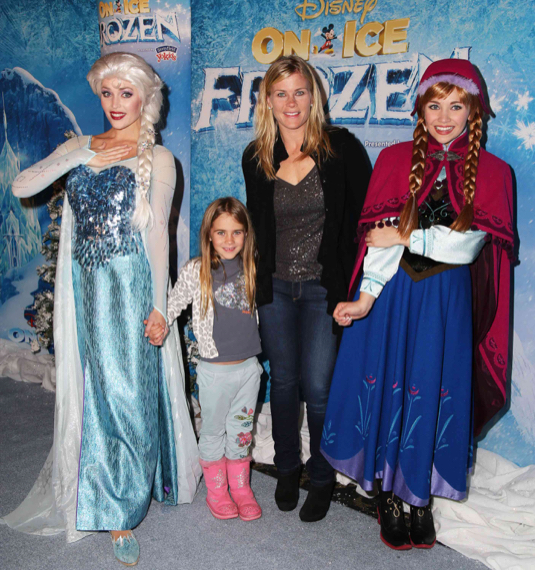 Alison Sweeney and her daughter Megan attended the premiere of Disney On Ice’s ‘Frozen’ at the Staples Centre in Los Angeles, CA on Thursday (Dec. 10).

The Days of Our Lives actress was dressed casually in a black cardigan, sparkle top and jeans. She held her daughter’s hand while posing next to Elsa and Anna of Frozen.

Sweeney recently spoke of her difficult decision to leave her hosting job on the hit show The Biggest Loser.

“It’s always hard to make a change like that, but for me, since I left, I’ve filmed three movies for the Hallmark Channel, I’ve written a novel, and I have another project in development with them and some other things,” she said. “It’s been an incredible time for me, and I just have to be willing to take a risk. That’s what I would want my kids to do and I want to be a good role model to them.”

Sweeney hosted the weight-loss show for 13 seasons and a total of eight years.

She has been married to David Sanov since 2000. They also have a son named Benjamin.