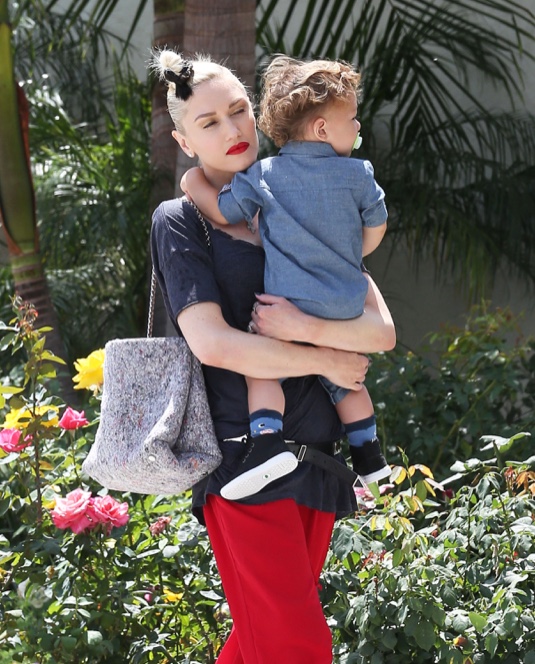 Gwen Stefani was seen heading to church with her children Kingston, Zuma and Apollo in Studio City, CA on Sunday (June 28).

The No Doubt Singer was dressed funky in a black shirt and red pants while carrying Apollo affectionately. Kingston and Zuma followed behind.

It was recently announced that Stefani will once again replace Christina Aguilera as a judge on season 9 of The Voice.

“I’m coming back and am so excited! I can’t believe I get to return to The Voice. It’s so inspiring to be around such incredible talent and music. I’m looking forward to working again with Adam, Blake and Pharrell. I love those guys,”  Stefani was quoted as saying in a press release.

The ninth season of The Voice sis expected to begin in September.

Natalie Portman Has a Family Day