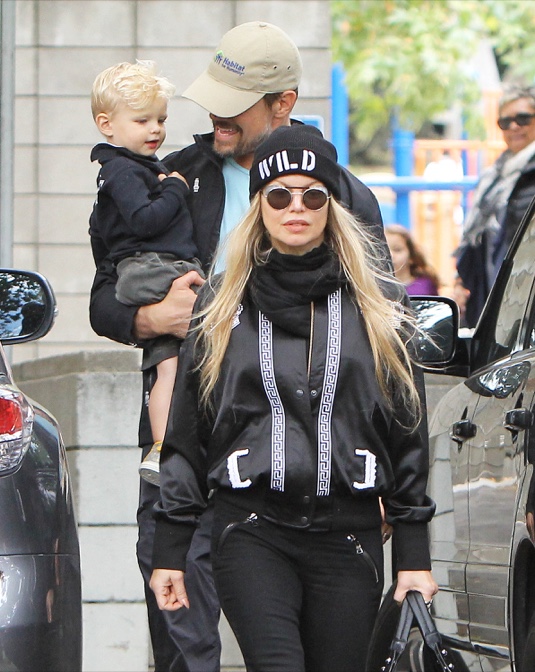 Fergie and Josh Duhamel were spotted spending the day with their son Axl in Brentwood, CA on Friday (May 22).

The singer was dressed in a black jacket, matching pants and hat.  She led the the way while Duhamel affectionately carried the youngster from the park they had visited.

In the past, The Black Eyed Peas singer has said she and Duhamel have worked their busy schedules around one another, so they can be together as a family as much as possible.

“We’ve already talked about how we’re going to have to trade off,” Fergie told Fergie the February 2015 issue of Allure. “He’s going to have to come on tour with Axl for a while, and then there’ll be a break. He’ll take a job; I’ll be on set with [Axl]. You know?”