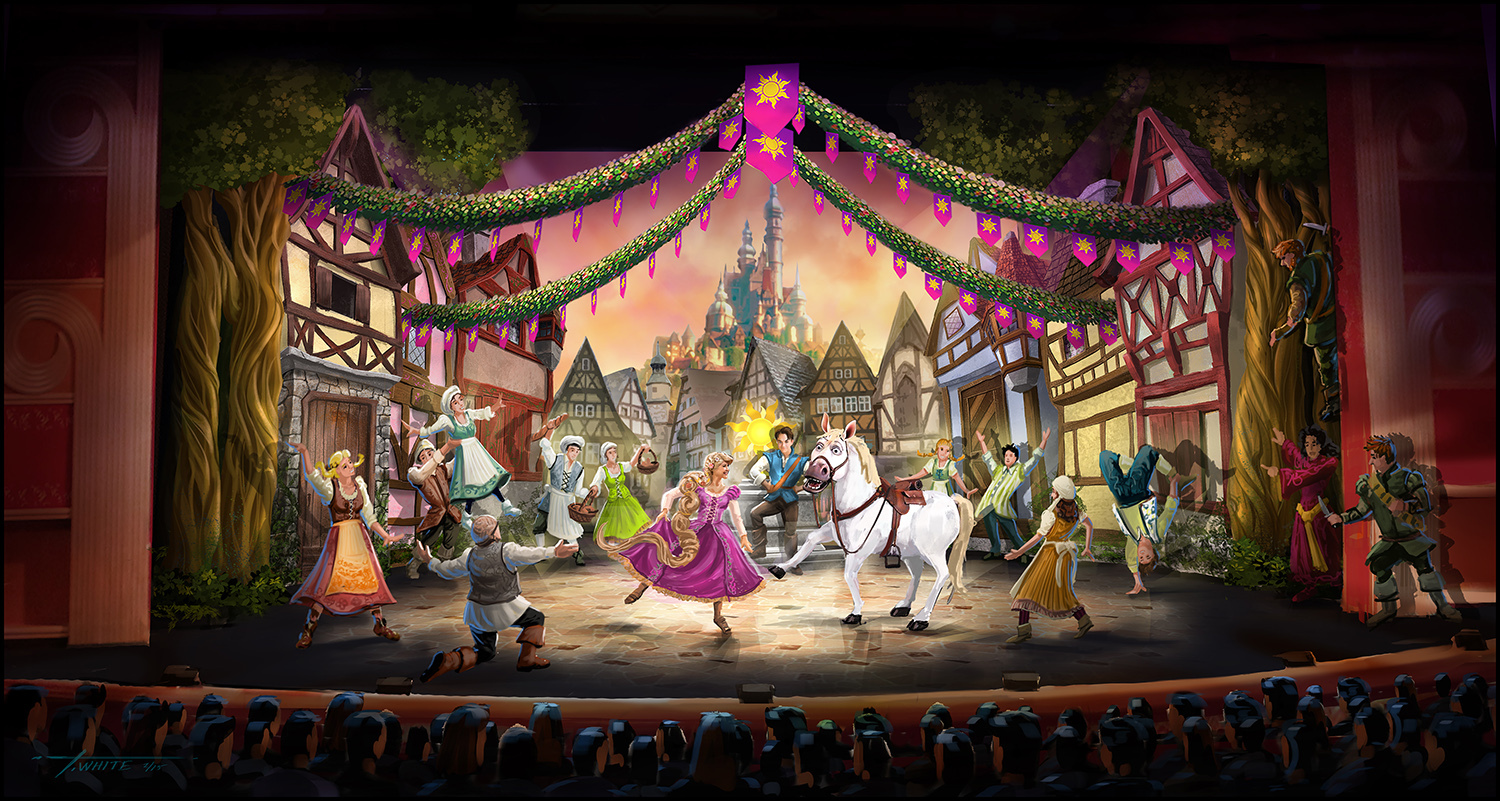 Disney Parks has released an exclusive video showcasing a behind the scenes look at the musical creation process for Disney Cruise Line‘s latest production, “Tangled: The Musical”.

The short clip features Academy Award-winning composer Alan Menken, who speaks about revisiting the music of Disney’s hit movie Tangled and expanding it for the musical. He is followed by Grammy Award-winning lyricist Glenn Slater who makes a big reveal.

“We’ve written three new songs – An opening number, a new song for Flynn and a big production new for the festival,”  he told.

Arranger and Orchestrator, Tim Williams also describes exact process of how the new songs were created.

Tangled: The Music makes its debut on the Magic this November.