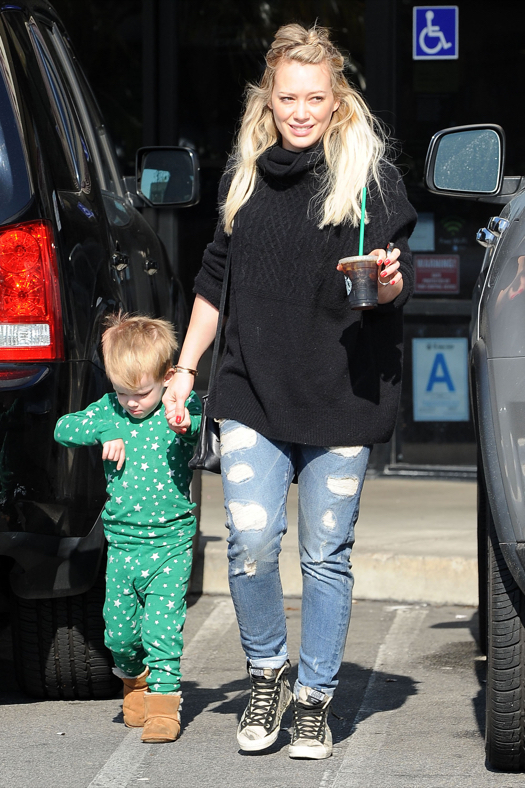 The singer looked very much the busy mom with her messy hair pulled off her face while wearing a black sweater, ripped jeans and hightop sneakers. She carried an iced coffee while holding Luca’s hand.

Duff recently said that she’s in ‘the same struggle’ as many other women to stay in shape, but tries not to dwell on it.

“I just tell myself, “I’m 5ft 2in, I’m really fit, killing it in the gym, and doing crazy things.” I love to work out, but I’m just not that concerned with being the skinniest person,” she explained to Elle Magazine.“I’m not a model; I’m an actress. I always feel like I’m in the five to ten pound struggle, but my life is so busy. I’m just not that concerned, really. I’m normal and I’m perfectly happy being that way”