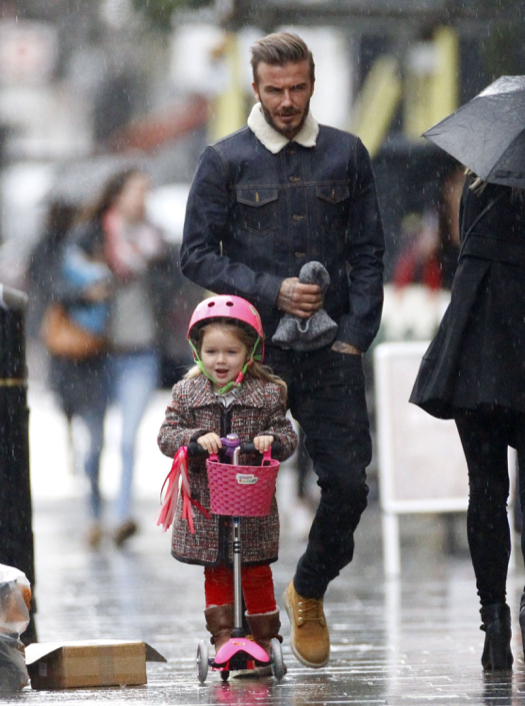 David Beckham and his daughter Harper were photographed leaving Grange restaurant in the Notting Hill district of London, England on Tuesday (Jan. 13).

The soccer star was dressed in a jean jacket and matching pants with boots. He followed his daughter who enjoyed a ride on her pink scooter.

Beckham’s wife Victoria Beckham recently spoke of her bond with their three-year-old daughter.

“I’m very girly and I love nails. Harper and I will often have nail afternoons and when we’re in LA, we even send our dog to a nail spa called The Beauty Spot for a paw-pedicure,” she told Vogue.

The married couple are also parents to son Brooklyn, Romeo and Cruz.