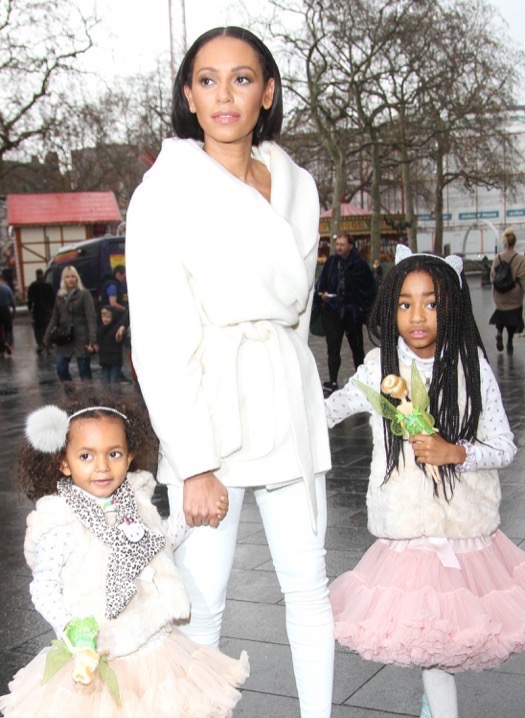 Melanie Brown took her daughters Angel Murphy and Madison Belafonte to the VIP screening of ‘Tinkerbell and the Legend of the Neverbeast’ at Vue West End in London, England on Sunday (Dec. 7th).

The Spice Girls singer was dressed in a white jacket that tied around her waist and white skinny jeans. She held the hands of her daughters who both wore tutu’s while holding Tinker Bell dolls.

“Fury kind of suits me. She does have attitude… It’s like a little mini me!” she told, adding, “I’ve got four girls and they love Tinker Bell. They have lots of dress ups… I’m a huge Disney fan… I’ve had an absolute ball. I’ve thoroughly enjoyed my experience.”

The movie is set to be released March 3rd in the United States on Blu-ray and DVD.

Gwen Stefani Spends The Weekend With Her Boys

Melanie B Reveals How She Manages to Do Up Her Heels

Melanie Brown Not Worried At All About Getting Fat!