Gwen Stefani Spends The Weekend With Her Boys 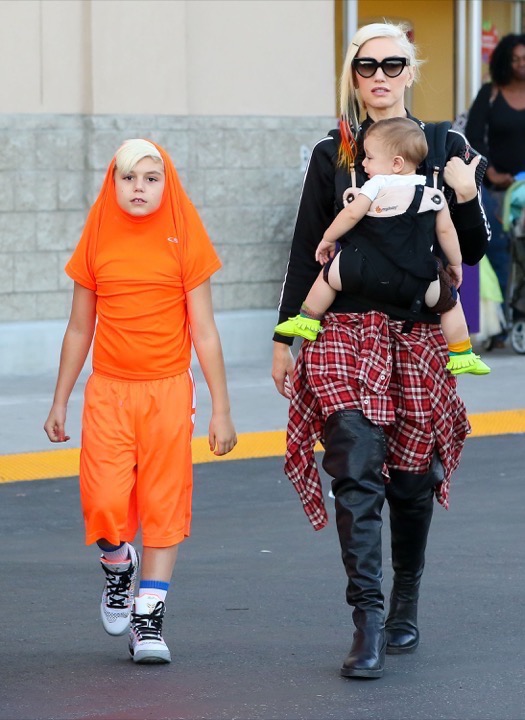 Gwen Stefani was photographed taking her sons Kingston, Zuma and Apollo shopping at Toys R US in Los Angeles, CA on Saturday (Dec. 6).

The Voice mentor was dressed in an Adidas sweater, a flannel shirt around her waist with leather pants  and black boots. She baby carried Apollo while her two other sons walked close by.

Stefani says she feels she has become less willing to take chances as she ages.

“In some ways, I think you become less confident to take chances,” she reflected on being 45-years-old. “The longer you’re alive, the more kids you have, the more scared you are to fly. It’s like everything is more sensitive, because you’re smarter. You’re more aware. We’re living in a time where you’re more and more criticized, and you’re more susceptible to everyone’s voices, and you have more access to what people think of you. It’s harder than ever. I think that I’ve always been sort of naive and just done things because I just did them.”

Stefani has released two singles, Baby Don’t Lie  and Spark the Fire from her upcoming solo album. The album, which is slated for a 2015 release will be her first solo album in eight years.

Teaching Kids to Give During the Holidays and Every Day