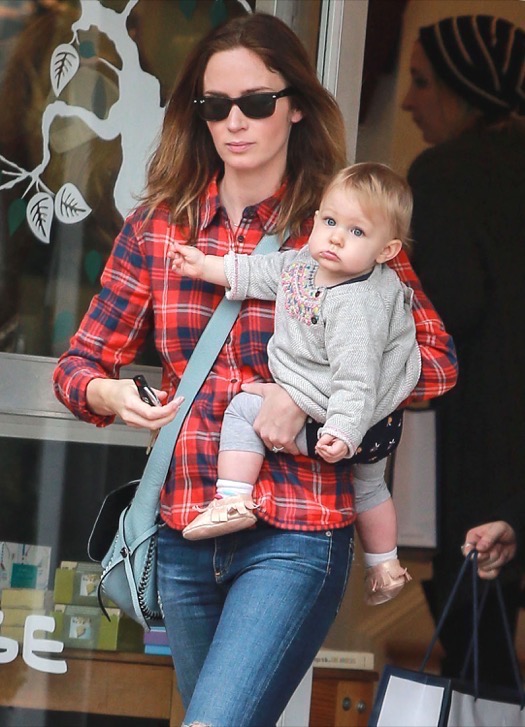 The Devil Wears Prada actress was dressed casually in a plaid shirt and jeans. She carried the baby on her hip while a store employee followed behind with her bags.

Blunt was recently nominated for a Golden Globe for role in Disney’s adaptation of Into the Woods. She plays the Baker’s Wife, a woman who makes a deal with a witch—played by Meryl Streep.

“I found out I was having a baby the same week I found out I had this job. I didn’t want to tell anyone early on. I didn’t know how Rob would react. I think he’s now known as the pregnant women director because it happened with Penélope [Penélope Cruz, when he was making “Pirates of the Caribbean: On Stranger Tides”]. I was like, “I’m sorry you’re about to do it again; you’re about to do a lot of shots boobs up on me.” He said: “As your friend, I’m thrilled. As your director, I’m like, ‘Oh, God.’ But we will make it work.”

She and husband John Krasinski welcomed Hazel in February.