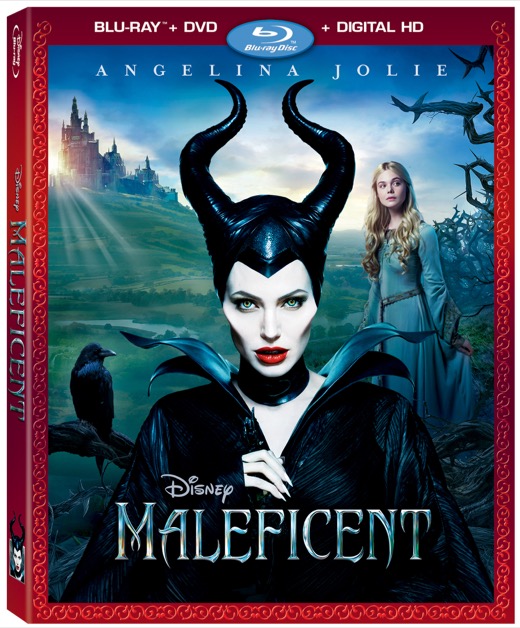 I desperately wanted to see Maleficent in theatres, but unfortunately, my husband and I never found the time to enjoy this film in theatres. Thankfully, with the release of the Maleficent Blu-Ray + DVD combo pack, I finally got the chance to sit down  and review this retold story about the villain from the 1959 Disney film, Sleeping Beauty.

Essentially, Maleficent falls in love with Stefan, a poor human boy who tries to steal from the forest kingdom (where she lives). They instantly form a friendship and share a kiss once she turns 16. Unfortunately, their love is no fairy-tale and he ends up betraying her in an unthinkable way to become the successor to the king. Obviously, Maleficent is none to happy and falls into a deep rage. She waits and waits for the perfect time to seek revenge on the person who turns her heart to stone.

Her time to seek revenge comes when King Stefan’s wife gives birth to a daughter. Still clouded by anger, Maleficent places a curse upon the innocent newborn baby Aurora. The king orders every spinning wheel destroyed and then sends his daughter away hoping to stop the curse. He becomes obsessed with destroying Maleficent and her forest kingdom.

Meanwhile, Maleficent follows the baby and the three fairies entrusted to keep her safe. Nicknaming the child, ‘beast’ the story takes an interesting turn when Maleficent learns that not all of her heart has turned to stone. She comes to love Aurora and in a sense becomes her ‘fairy god mother’ who constantly watches over her. Unfortunately, Maleficent is unable to remove the curse.

To not spoil the film I won’t go into too much more detail, but the rest of the story focuses on how the curse plays out and Maleficent trying to correct her wrong.

I really enjoyed this retelling of the classic fairy-tale. Instead of being the villain, Maleficent is actually Aurora’s hero. In addition, I was captivated by the outstanding cinematography. The graphics of the forest kingdom were beautiful and gave the movie a dreamlike feel. 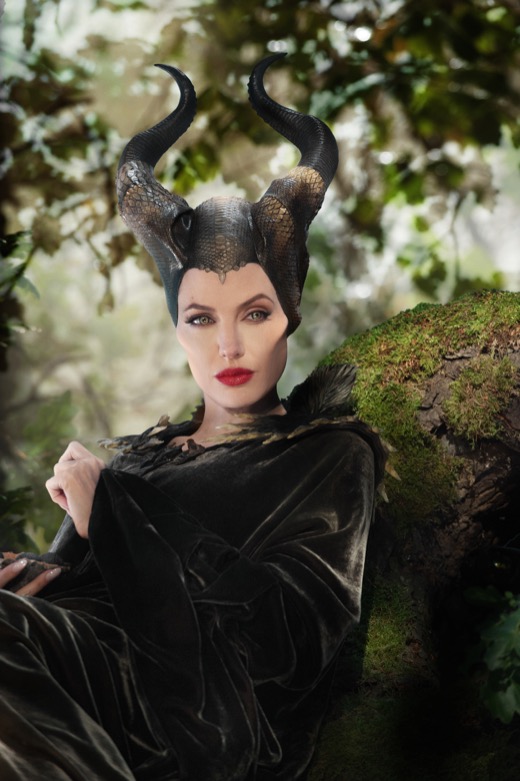 I can’t say enough about Angelina Jolie who stars as Maleficent. I truly can’t imagine anyone else playing Maleficent. She became the embodiment of the character and her performance was moving. This is especially true after Stefan betrays Maleficent, whom she trusted him with all her heart.

This movie is not lighthearted and I would recommended it for older children and adults. There are areas that might scare young children.

Maleficent is now available for purchase on Blu-ray, DVD and Amazon

To celebrate the release, Disney has put together some fun Maleficent themed activities for children to do.

Disclaimer: Celeb Baby Laundry has not received any payment as a result of this review. I received the product in order to facilitate this review. All opinions are our own.
Continue Reading