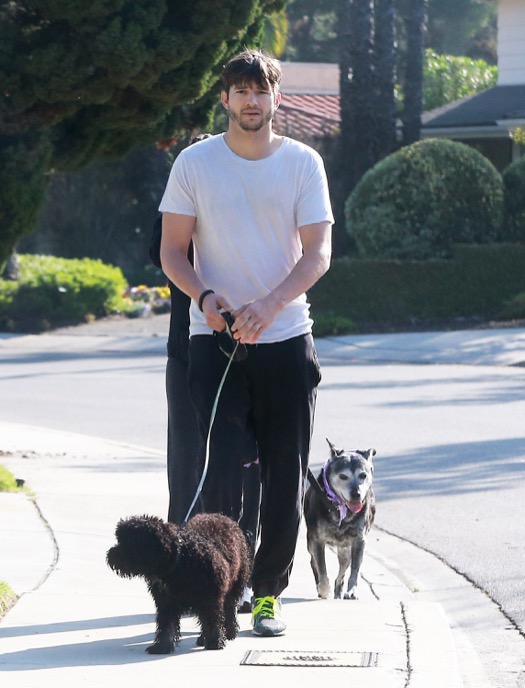 Making an appearance on The Talk on Wednesday (Oct. 29), the Two and a Half Men actor spoke about being a father to newborn daughter Wyatt Isabelle.

“I kind of have like, a hero complex a little bit,” Kutcher told. “I’m somebody’s hero now. It fulfills every bit of your ego when the kid starts to cry and you’re like, ‘Oh, I got this,’ and you take it, and suddenly the child calms down, and you’re like, ‘Oh yeah!’ You feel like you’re like a baby whisperer.”

Kutcher and his fiance Milan Kunis welcomed their baby girl on Oct. 1st.

“The whole thing is pretty exceptional,” Kutcher continued about becoming a new parent. “We decided right away that we didn’t want to have a nanny or a night nurse or anything, and we’re lucky enough that we have jobs that we can afford to spend time and be at home, or take time off if we need to.”

The couple made sure to prepare for parenthood by reading as much as possible.

The Jobs actor also referenced his time with Demi Moore for helping him better understand how to raise girls. Although, not infants!

“I’d been a parent to teenage girls before in my life, and so I have experience with girls, and experience with that like, from age 7 to 25,” Kutcher continued. “But infants, it was like a whole new thing. So, we really started studying what it is to take care of a baby and how you do it, and the whole thing. It’s all on Google, it’s kinda there.”

Kutcher and Kunis became engaged in February 2014 after almost two years together.