Hilary Duff: Can You Believe I’m a Soccer Mom? 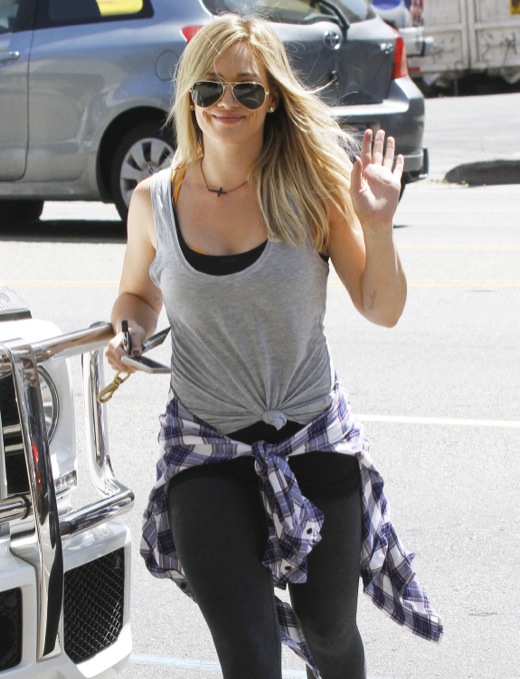 Hilary Duff says she doesn’t believe her 2½-year-old son Luca Cruz is going to take after her, but his dad Mike Comrie.

“I don’t know if he’s so musically inclined. He’s a little more like his dad like that,” Duff told People at the Trident and Oral Health America Smiles Across America‘s 10-year anniversary event. “He plays soccer. Can you believe I’m a soccer mom?!”

Although, the All About You singer insists Luca loves listening to her music.

“He knows all my music. That was a sweet thing that happened this weekend,” she says. “I’m like, ‘Do you want me to put your music on?’ We were in the car, and he’s like, ‘Mama’s music!’”

Duff jokes her son is already “really into girls.”

“It’s kind of scary. He likes girls in dresses,” she shares. “He thinks Elsa from Frozen is his girlfriend. I’m like, ‘Great, your first love’s an ice queen,’” she jokes.

Becoming a mother, the star says has changed her in more ways than she ever could have imagined.

“One of the coolest things about being a mom is this newfound confidence in every aspect of my life,” Duff tells. “I was a little uncomfortable with [my body] in the beginning because it goes through a lot of changes, but now I’m more grateful than ever for what it can do for me. I feel strong as hell and fierce! It took me a while to totally get back in shape, but I’m proud of my body.”

Duff is scheduled to release her new album in the coming months and will star in the new sitcom Younger.